Norwegian ski jumper Daniel-Andre Tande has woken up from a medically-induced coma after a bad fall at last week's final ski-jumping World Cup event of the season, his family said on Monday.

"It was great to arrive at the hospital early today and see that Daniel was awake and himself," the skier's family wrote on the Instagram account of the Norwegian ski jumping team, noting the "long and worrying days of waiting".

On Thursday, the 27-year-old lost his balance while in mid-air and travelling at more than 100 km/h (62.1 mph) in Planica, crashing uncontrollably to the ground.

He was rushed to hospital by helicopter, where he was intubated and mechanically ventilated, and placed in a coma.

Tande won the world ski flying title in 2018 and was a team Olympic gold medallist with Norway in Pyeongchang later that year. 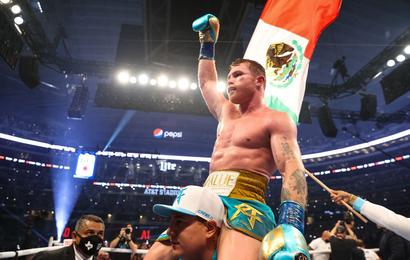 Canelo to face Plant in November

Roglic back in the lead