James Harden flirted with a triple-double, scoring 27 points with 15 assists and eight rebounds as the Brooklyn Nets rolled over the New Orleans Pelicans 120-105 despite an injury to NBA leading scorer Kevin Durant.

"The guys got to step up. It's simple," Harden said. "Obviously you know how great of a player KD is and what he brings to the table each and every night consistently. So, guys got to step up and fill that role and just continue to compete."

Durant was hurt with 5:44 left in the second quarter of Saturday's contest when he collided with teammate Bruce Brown. Durant grimaced from the contact but stayed in the game for the next possession before calling a timeout and heading to the dressing room.

Durant, the MVP of the NBA finals, is expected to have an MRI on Sunday to determine the extent of the damage.

Before exiting, Durant -- who entered Saturday averaging 29.7 points per game -- scored 12 points in the first quarter to help the Nets compile a 32-22 lead.

Coach Steve Nash said they are hoping that Durant won't be forced to miss significant time.

"Yeah, of course it will be tough to lose him," Nash said. "You know no one wants to see that. We obviously hope for the best outcome. Regardless of the outcome, we have to continue to work, build and grow, and get better and compete."

Patty Mills added 21 points and Kessler Edwards chipped in 16 for the Nets, who never trailed in front of a crowd of 17,000 at Barclays Center.

Brandon Ingram scored 22 points and Josh Hart had 14 points and 11 rebounds for the Pelicans, who had won two straight.

In Milwaukee, Pascal Siakam posted his second career triple-double with 30 points, 10 rebounds and 10 assists as the Toronto Raptors rallied from 15 points down to beat the league champion Milwaukee Bucks 103-96.

"I just try to come out every night with just the same intensity and same energy," Siakam said. "Tonight I think we all played well. We were flowing and moving the ball and just playing our brand of basketball."

The Raptors continued their move up the Eastern Conference standings by winning their seventh game in the last 10 and their third straight against the Bucks this season.

"We're one of those teams I feel like can compete with anybody when we're at our best," said VanVleet.

Giannis Antetokounmpo, who didn't play in the previous two games against the Raptors this season, led Milwaukee with 30 points while Grayson Allen had 18 points, and Khris Middleton added 16.

Antetokounmpo made all 17 of his free throws, but shot just six of 17 from the field.

The Raptors have now beaten the Bucks twice, knocked off the Jazz, and lost a hard-fought battle to the Suns all in the last two weeks.

Embiid finished with a game-high 32 points and grabbed 12 rebounds for the Sixers. Tobias Harris added 22 points and Seth Curry 21 in the win.

In Denver, Nikola Jokic had 17 points, 13 assists and 12 rebounds and the Denver Nuggets dominated the  Los Angeles Lakers 133-96. 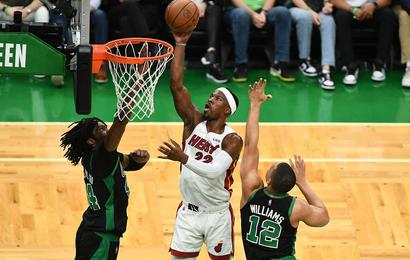 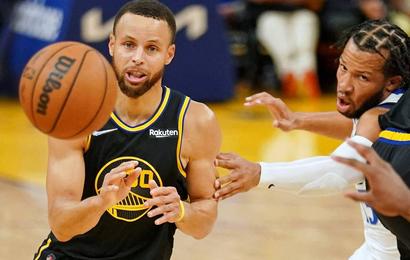