Curry will sign a four-year deal worth $215 million with the Warriors, his agent told ESPN.
He will be the first player in NBA history to sign two contracts worth more than $200 million.
Anthony confirmed reports he will sign with the Lakers with a social media post changing the "L" in "Melo" to the "L" of the Lakers' logo.
The moves came on the second day of NBA free agency for the 2021-22 campaign. Teams cannot confirm deals or sign players until Friday.
Seven-time All-Star Curry, a 33-year-old guard, was the NBA's Most Valuable Player in 2015 and 2016 and helped spark Golden State to titles in 2015, 2017 and 2018.
Anthony, a 37-year-old forward, will join a revamped Lakers roster that will also include star guard Russell Westbrook and veteran center Dwight Howard plus Malik Monk, Trevor Ariza, Wayne Ellington and Kent Bazemore.
Three-time Olympic champion Anthony averaged 13.1 points and 3.1 rebounds last season for the Portland Trail Blazers and hit 40.9% from 3-point range.
Anthony enters his 20th NBA campaign still searching for his first title after stints with Denver, New York, Oklahoma City, Houston and Portland.
But this will be the first time he plays in the NBA alongside James, a former Olympic teammate who like Anthony entered the league in 2003.
NBA Golden State Warriors Stephen Curry
Previous NBA Finals 2021: 'Enjoyed watching greatness' – St
Read 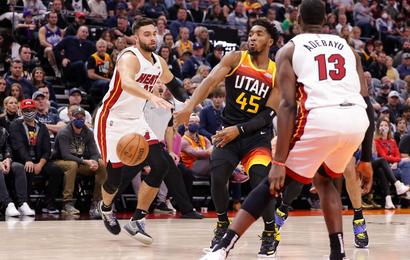