Bam Adebayo was backed to "hit another level" after his buzzer-beater snatched a 109-107 victory for the Miami Heat over the Brooklyn Nets on Sunday.

Adebayo stepped up to inspire the Heat at the AmericanAirlines Arena to a thrilling win in the absence of Jimmy Butler, who was ruled out with a sprained ankle.

The 23-year-old centre settled a pulsating contest when he took a pass from Goran Dragic with time almost up and was on target with a baseline jumper from around 12 yards out.

Adebayo finished with 21 points, 15 rebounds, five assists and two steals in a brilliant all-round performance against a 38-19 Nets side occupying second place in the Eastern Conference.

Dragic said of Adebayo: "He has great potential. I still feel he's not done yet. He's going to hit another level."

The Heat are seventh in the Eastern Conference and Adebayo believes they can put a run together following such a dramatic win.

He said: "A season can turn around after a game. Crazier things have happened in this league."

He said: "It's just not about scoring. That's the hard thing in this league, that the main thing people look at is how many points people score.

"Bam has so many things that he does for us that are important for us to be successful."

The Nets also lost Kevin Durant in the opening quarter due to a left thigh contusion.

Next Curry drops 49 on 76ers in record-breaking display
Read 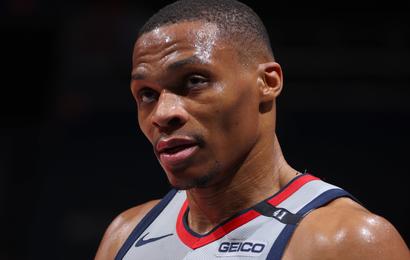