Watch all the breaking news from Transfer Deadline Day via beIN CONNECT!

What an end to transfer deadline day! Antoine Griezmann seals a sensational late return to Atletico Madrid, whilst Luuk de Jong joins Barca from Sevilla! Still pending those official announcements... but I think it might be time for bed!

Saul is seemingly a Chelsea player...This has just been posted on social media... It's a one year loan deal with an option to buy!

Nuno Mendes is a PSG player! The promising youngster has initially signed a loan deal with the Parisians!

After a summer transfer window like no other… why not get someone else in! 📝

Saloman Rondon is a Everton player... The big Venezuelan has a good relationship with Blues boss Rafa Benitez!

Still no news on the deals for Saul to Chelsea, Griezmann to Atletico and de Jong to Barcelona... All three clubs are waiting on paperwork... this is going to the wire!

Arsenal has capped off a busy transfer window with the signing defender of Takehiro Tomiyasu from Bologna. Hopefully, he can inspire the Gunners from the bottom of the Premier League...

All eyes on a transfer domino effect! Saul to Chelsea, Griezmann to Atletico and de Jong to Barcelona... just under 20 minutes to go... this could be interesting! 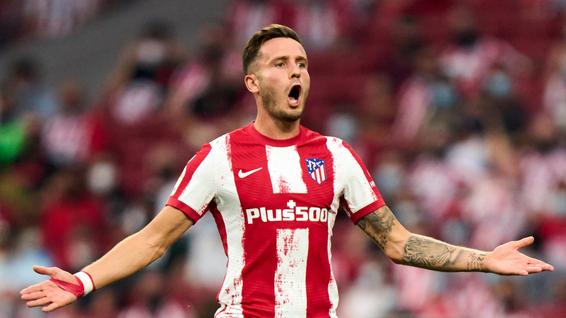 Hector Bellerin is heading to La Liga on loan! The Arsenal defender is off to Real Betis.

Done deal in the Premier League! Crystal Palace have secured Odsonne Edouard from Celtic, and have announced the striker with a pretty good video :)

Speaking on the deal, the French striker said: I’m very happy to be here today. I can’t [wait] start to train with the team and to play for this club… Scoring goals in the Premier League may be the biggest challenge in my career. But I’m confident in myself and my teammates to be successful.”

An incredible talent. An iconic chant.

More Arsenal outgoings! It looks like Real Betis have secured the signature of Hector Bellerin, as per this cryptic tweet from the La Liga side!

WOW! Huge news coming from Spain! Antoine Griezmann is back at Atletico Madrid! It's an initial loan with an option to buy! That certainly strengthens the La Liga champions!

Griezmann has agreement for two years contract plus one option. He’s BACK at Atléti. Shocking move of the day. pic.twitter.com/kBQAkgQyLt

Thought we’d leave this introduction to our #CzechMates… 🇨🇿🤝 pic.twitter.com/XJ8Y3iJqJs

Personal terms have been agreed between Atletico Madrid and Antoine Griezmann, now the final details have to be ironed out between the clubs. It's interesting to see how this has gone full circle, Griezmann never quite got going at Barcelona.

Antoine Griezmann deal now advanced between Barcelona & Atletico Madrid working on final details of the negotiation: it’s expected to be a loan with obligation to buy. Work in progress. 🔴🇫🇷 #Atleti #FCB #DeadlineDay

Not exactly transfer news, but N'golo Kante is out for their World Cup qualifier against Bosnia-Herzegovina with an ankle injury. Could that be the reason why Chelsea have moved for Saul so late in the transfer window? 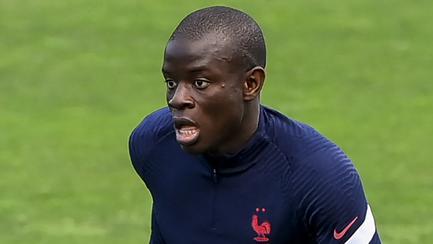 Barcelona is on the lookout for a new striker and Sevilla man Luuk de Jong apparently fits the bill, that's according to Fabrizio Romano.

Plenty of chatter about Atletico Madrid looking to resign Antoine Griezmann from Barcelona. The French striker certainly enjoyed his time in Madrid, and struck up a friendship with Diego Simeone! This will be a deal to keep an eye out for in the final hours! Some good news for Chelsea fans! Atletico Madrid midfielder Saul looks all set to sign on a loan deal with the Champions League winners!

Saúl to Chelsea, HERE WE GO! Agreement reached for €5m loan from Atletico Madrid. Personal terms agreed. Saúl will be in London soon to sign the contract. 🔵🤝 #CFC #DeadlineDay

Final details and the deal will be announced. Difficult deal but finally set to be completed. pic.twitter.com/3Jq5e3JwXE

Emerson Royal is now confirmed as a Tottenham player! The defender has switched Barcelona for North London.

Leicester City has revealed the loan capture of Ademola Lookman from RB Leipzig. The English attacker had an impressive stint at Fulham last season, and will certainly add some quality to the Foxes squad! Que the hashtag and absolutely textbook announcement video!

Real Madrid has announced the signing of highly-rated midfielder Eduardo Camavinga from Rennes! The 18-year-old chose Real over the likes of PSG and Manchester United!

Is this the maddest transfer window of all time with both Leo Messi and CR7 moving clubs?!?

There could be a few more surprises in store yet... 👀#DeadlineDay ⏱️ pic.twitter.com/NtJyvNX5WD

More news coming from Arsenal! It seems that Japan international Takehiro Tomiyasu is heading to the Gunners! Transfer guru Fabrizio Romano reveals that the medical has been completed! Just waiting for that all-important reveal video now...

Could be a busy evening in North London tonight with both Arsenal and Tottenham looking for some last-minute reinforcements, for now promising winger Reiss Nelson is heading to Dutch side Feyenoord on loan for the remainder of the season.

Good evening! We are heading into the final stretch of Transfer deadline day, expect some more deals to get over the line.... first up Leeds United have completed the signing of Daniel James from Manchester United!

✍️ #LUFC is delighted to 𝘧𝘪𝘯𝘢𝘭𝘭𝘺 confirm the signing of Dan James

Leeds had previously covered the Welsh winger a few years ago whilst at Swansea, and now they have their man! Director of football Victor Orta is VERY happy with the signing.

“As a player we feel Daniel is an excellent fit for a Marcelo Bielsa team, he is quick, direct and works hard – we look forward to him joining up with the squad, finally!”

The Eduardo Camavinga deal to Real Madrid appears to be nearing completion...

Eduardo Camavinga has just signed his contract as new Real Madrid player. Paperworks between Real and Rennes were already signed in the night for €31m plus add ons. Here-we-go confirmed. ⚪️🇫🇷 #RealMadrid #DeadlineDay

With it looking increasingly unlikely that Kylian Mbappe will move to Real Madrid, Gary Lineker has weighed in on the situation highlighting the deadly front three PSG will possess:

Looking increasingly unlikely that @KMbappe will leave for @realmadrid in this window. I’m sure his dream will be realised one day, but the thought of watching a front 3 of Messi, @neymarjr & @KMbappe is a truly mouth-watering prospect for football fans the world over.

The Hammers have started the season in emphatic fashion under a rejuvenated David Moyes... Following today's arrival of Nikola Vlasic and the recent signing of Kurt Zouma from Chelsea, West Ham are now in the running for Czech international midfielder Alex Král from Spartak Moscow.

The club's hierarchy are splashing the cash and clearly looking to further improve on last season's impressive sixth-placed finish!

It appears Juventus' business during this summer transfer window is complete following the announcement of Moise Kean... Do the Italian giants have enough in their locker to reclaim the Serie A title? Time will tell...

Juventus are not planning any move for Miralem Pjanic, Axel Witsel, Eden Hazard or any other player. They’re happy with Moise Kean as last signing. ⚪️⚫️ #Juventus @SkySport

After a solid start to the season picking up six points from a possible nine, Brighton complete the signing of Marc Cucurella from La Liga side Getafe:

Albion are delighted to announce the signing of Marc Cucurella from Getafe! 🤩

The 23-year-old, who can operate at left-back or as a wide midfielder is the club's third addition to the senior squad of the transfer window, following the earlier arrivals of Enock Mwepu and Kjell Scherpen.

A further update on Arsenal's pursuit of Tomiyasu from Fabrizio Romano:

Medical during the afternoon and then official announcement. Here-we-go.

The Gunners have splashed the cash on a number of promising young acquisitions during the summer transfer window, including Ben White, Nuno Tavares, Albert Sambi Lokonga, Martin Odegaard and Aaron Ramsdale. Arteta may not be done just yet though, with talk of Héctor Bellerín's departure potentially funding a move for Bologna's talented centre-back Takehiro Tomiyasu, who can also operate at right-back. If the Japanese defender can replicate the form he displayed for my Ultimate Team on FIFA 20, Arsenal could have themselves one heck of a player on their hands! All joking aside, Arteta's side are clearly struggling at the back and find themselves bottom of the Premier League, so this deal could provide a welcome boost to the squad's morale.

Just staying with Manchester United's acquisition for a moment... a look at the sensational numbers Cristiano Ronaldo achieved during the 2007/08 season:

Can he match the lofty heights during his youthful years with the Red Devils? Senior Football Anchor Richard Keys is not 100% convinced on the move, but fancies Solksjaer's side for the title:

"I’ve said that I fancy United for the title this season - before Ronaldo was signed. He’ll score goals. He’ll have a huge impact in some games. And I repeat - it’s great to have him back in the PL - but I’m not convinced that he wouldn’t have been better off going to The Etihad - and that United might have been better off encouraging him there. ‘Returns’ very rarely work out."

It has been common knowledge for a while, however Manchester United and Juventus have officially confirmed the transfer of Cristiano Ronaldo on a two-year contract with the option to extend for a further year:

As for our first confirmed deal of the day... Moise Kean joins Juventus on loan under the following parameters:

"The agreement entails the obligation for Juventus to definitely acquire the player’s registrations rights, subject to the achievement of certain given sporting objectives by the end of the season 2022/2023. The agreed consideration for the definitive acquisition is € 28.0 million, payable in three years."

Do you see the 21-year-old Italian recapturing his form at the Old Lady? It may help if he stays on the pitch, having been sent off in his final game for Everton away at Huddersfield.

It also looks like Eduardo Camavinga will sign for Real Madrid as Rennes are rumoured to have accepted a £27m bid plus add-ons for the 18-year-old French midfielder. Could we see any of Ancelotti's players go the other way today to perhaps fund another bid for PSG star Kylian Mbappe? First up in today's transfer gossip, it seems Daniel James' move from Manchester United to long-time rivals Leeds is all but completed, as per the latest update from Fabrizio Romano. Everton said to never have been in the race, however judging by their fan reaction - it doesn't seem like a race they particularly wanted to enter!

The Welshman will certainly add an injection of pace into Marcelo Bielsa's side and could prove to compliment the Argentine's playing style, providing the deal goes through.

Everton have never been in the race or hijacking the deal. #EFC #DeadlineDay

Good morning all! Transfer Deadline Day is once again upon us, with teams across Europe scrambling to finalise their deals ahead of the 1:00am Mecca (23:00 BST) closing time. Plenty of teams are looking to add to their squads and we will bring you the latest deals and rumours capturing the imaginations of supporters!

Next Rumour Has It: Juve planning for Vlahovic or Icard
Read