Real Madrid are considering a move for Kalidou Koulibaly, while Manchester United are targeting Jadon Sancho in a cut-price deal.

Amid uncertainty over Sergio Ramos' future at Madrid, the LaLiga giants continue to be linked with centre-backs.

They seemingly have plenty of options – and Napoli star Koulibaly is among them.

The report says Bayern Munich star David Alaba, who is out of contract at the end of the season, is still Madrid's first option.

With Ramos potentially leaving when his contract expires at campaign's end, AS also says Villarreal defender Pau Torres and Sevilla's Jules Kounde will be expensive.

- Manchester United opted not to sign Borussia Dortmund star Sancho ahead of 2020-21, and it could pay off. Eurosport reports United could land Sancho for just £50million (€57.1m) in the next transfer window. The Bundesliga club were demanding about £100m (€120m) for Sancho last year.

- Arsenal look set to strengthen ahead of next season. The Sun reports they are close to finalising a deal for 18-year-old Sporting CP forward Tiago Tomas for £20m (€22.8m).

- On loan at Real Betis from Barcelona, Emerson may not return to Camp Nou. CalcioMercato reports Milan are considering a move for the right-back.

- Former Milan and Chelsea forward Alexandre Pato will join Orlando City on a one-year deal, according to Fabrizio Romano and The Mane Land. Pato has been without a club since leaving Sao Paulo in August last year.

Next Rumour Has It: Messi to Beckham's Inter Miami? Man
Read 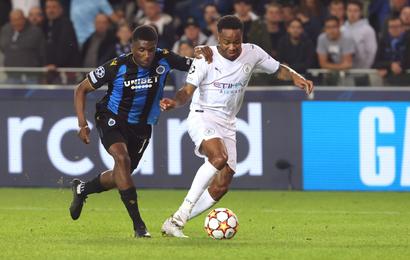