Atletico Madrid have completed the signing of Geoffrey Kondogbia from Valencia as their replacement for Thomas Partey.

Los Colchoneros lost Partey to Arsenal on October 5 and, although the transfer window has since shut, Atletico were given an extra month to find a replacement as the Ghanaian midfielder's release clause had been triggered.

As Atletico could only sign a free agent or a player already registered in LaLiga, their options were limited, but Kondogbia emerged as a likely target early on in their search.

The 27-year-old's fee has not been disclosed, but local media in Valencia suggest an initial €10million figure that could potentially double over the course of his contract, which runs through to 2024.

Valencia reportedly blocked the transfer from happening earlier and Kondogbia launched a scathing attack on the club's chairman Anil Murthy on October 15.

"Having already destroyed an ambitious project, you had to deceive your coach and, finally, me. Thank you, Anil Murthy," he wrote on Instagram.

Los Che have been in crisis in recent months, with Murthy and those in charge offloading a host of key first-team players in cut-price deals, including Ferran Torres, Rodrigo Moreno, Dani Parejo and Francis Coquelin, the latter pair moving to local rivals Villarreal.

Coach Javi Gracia has also been at the centre of controversy – after seeing the club fail to live up to apparent promises with regards to recruitment, rumours suggested he was contemplating quitting after just a few months in the job.

However, it then emerged – according to Marca – that resigning would cost Gracia approximately €3million, and he remains in charge with Valencia 13th on eight points from as many games.

Kondogbia's move to Atletico will see him link up with Diego Costa, having been involved in ugly confrontation with the Spain international in 2013 when the midfielder played for Sevilla.

At the time, Costa denied racially abusing Kondogbia, who had been sent off late in the match for kicking out at the striker.

Next Bayern must assume Alaba will leave - Salihamidzic
Read 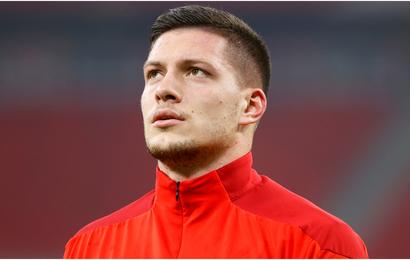