After failing to get over the line with a draw against Strasbourg and heavy loss to Lille followed by a shock defeat to Nantes, PSG finally took an unassailable lead at the summit with five games still to play in France's top flight.

Kylian Mbappe and the other members of a star-studded line-up can add Coupe de France glory on April 27 but this remains a season that will still probably be remembered for one crushing failure at the Parc des Princes.

Manchester United's improbable heist in the French capital dumped PSG out of the Champions League at the last-16 stage and the co-existence of continental failure alongside uncompetitive domestic dominance is something Tuchel instantly has in common with his immediate predecessors.

But how do his efforts so far compare with the other men to have led PSG during the Qatar Sports Investments era? Is the former Borussia Dortmund boss set to breach ground not covered by Carlo Ancelotti, Laurent Blanc and Unai Emery or will this simply be Paris' latest case of "Jour de la Marmotte"?

Comparing the Opta numbers behind each coach's first season at the helm, Tuchel stacks up promisingly.

A win percentage of 81.8 far outstrips Blanc and Emery, who each returned 71.1 per cent in 2013-14 and 2016-17 respectively, with Monaco and an emerging Mbappe pipping PSG to glory in the latter campaign.

PSG average 2.9 goals per league game under Tuchel, with the next best in that regard coming during Ancelotti's initial foray from December of 2011-12, when Zlatan Ibrahimovic and others amassed an average of 2.3 over the course of 19 matches.

Nowhere else does the esteemed Italian tactician compare too favourably to what has followed, underlining the rapid rate of PSG's progress.

Expanding the analysis to look at the completed reigns of Blanc and Emery shows Tuchel's PSG to be the most miserly at this comparatively early stage of his tenure.

A backline marshalled by Thiago Silva and in which Presnel Kimpembe's burgeoning reputation continues to grow has only been breached 0.8 times per match.

An average of 10.2 shots conceded per game is fewer than Ancelotti managed but more than Blanc's figure after 114 matches in charge.

PSG's passes-per-game numbers are notably down under Tuchel when set against the Blanc and Emery eras.

The former France and current Arsenal boss saw their sides average 659.3 and 656.6 passes over the course of 90 minutes, while Tuchel's 619.1 is a notable break from this uniformity.

Adrien Rabiot's standoff with the club means alternative midfield solutions, such as deploying Dani Alves in the engine room, have been required – possibly tempering the steady control of matches preferred by Emery and Blanc.

However, a return of 15.1 shots per game – slightly down on Emery's numbers and more than Blanc – and the improved scoring rate speaks of a team getting forward in a quicker, more direct fashion to unleash a fearsome forward line.

The indications that Tuchel is developing PSG into a team with a defined style help to explain why the Parc des Princes board are reportedly set to hand him a fresh contract despite the United setback.

In time, the controlled and composed dissection of their Premier League opponents at Old Trafford in the first leg could come to look more significant – evidence that PSG can perform effectively to a shrewd Tuchel game plan.

However, a repeat of that second-leg failure next season is unlikely to be tolerated. Slightly better dominance of Ligue 1 than Blanc and Emery will not ultimately be the measure of Tuchel's reign. 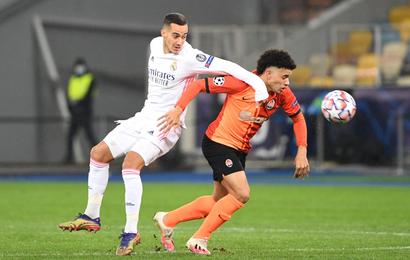