Kadewere made an impact either side of half-time to move his side a point above Lille who entertain third-placed Paris Saint-Germain on Sunday.

"We understand each other on the field when we play together," he told Canal+ of his teammates.

"If you play with players like my teammates it's magnificent, we have a lot of good players.
"We need to work further to finish the season with a lot of points to get back to the Champions League."

The visitors' boss Rudi Garcia handed Belgium defender Jason Denayer his 100th Lyon appearance as Memphis Depay returned to the starting line-up after scoring off the bench in the midweek draw with Brest.

Nice attacker Jeff Reine-Adelaide was ineligible for the fixture against his parent club as Alexis Claude-Maurice came into Adrian Ursea's side on the right wing.

Depay opened the scoring just after the half-hour mark with a 'Panenka' penalty before Kadewere took his tally for the season to six goals on 39 minutes.

He intercepted a Hicham Boudaoui pass and beat home goalkeeper Walter Benitez with ease.
Kadewere turned provider in the 63rd minute as he set up Cameroon striker Karl Toko Ekambi with a squared pass into the box.

The three points were secured with less than 30 minutes to go as France playmaker Houssem Aouar fired home from close range for his first goal since late October.

Earlier, Andre Villas-Boas said Marseille's 1-1 draw with Reims was a "missed opportunity" as they failed to move into the top three for the first time this season.

Japan's Yuto Nagatomo scored an own goal before Florian Thauvin grabbed an equaliser at the Stade Velodrome.

Villas-Boas' men, who lost to Rennes on Wednesday when Pape Gueye was sent off, stay fourth in the table, five points behind leaders Lyon, albeit with at least one game in hand on all their title rivals.

"It's a missed opportunity and I didn't expect it after a good performance when it was 11 v 11 at Rennes," the former Chelsea and Tottenham boss said.

"It's a blow and we were very disappointed in the changing room."

Opa Nguette and Farid Boulaya scored in Metz's 2-0 win over Lens to send their side up to eighth. 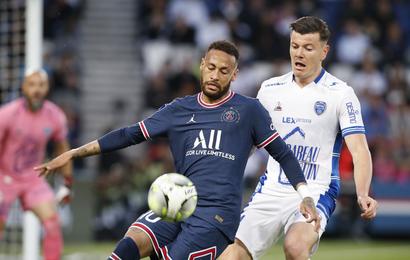 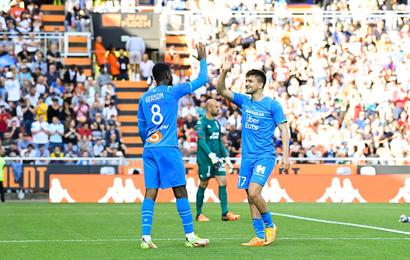 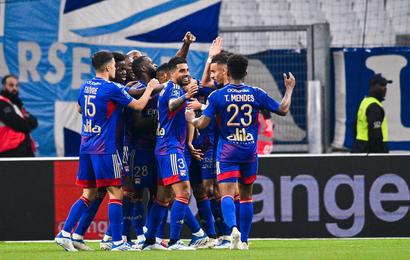 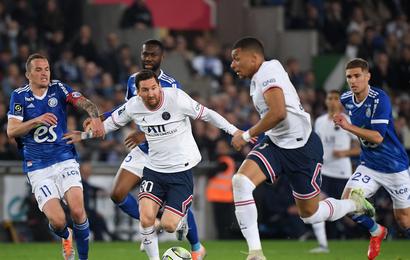