Remarkably Lyon hadn’t been crowned champions of France until their first of a record-breaking seven consecutive triumphs in 2002.

A year earlier, Les Gones came close to breaking their duck but it wasn’t to be as they finished just four points behind eventual winners Nantes. Their determination to go one better was no doubt a driving factor in what was to come.

Under the guidance of Jacques Santini, their maiden success came but not without drama as the title race went down to the final day of the 2001-02 campaign. A point behind fellow challengers Lens, the two battled it out in a final-day showdown and it was Lyon who prevailed with a 3-1 win to clinch a historic first French crown.

Despite the changing faces in the managerial dugout, the success sustained over the coming years thanks to a combination of shrewd investment from president Jean-Michel Aulas and a conveyor belt of stars who would go on to reach even greater heights with Europe’s elite clubs. 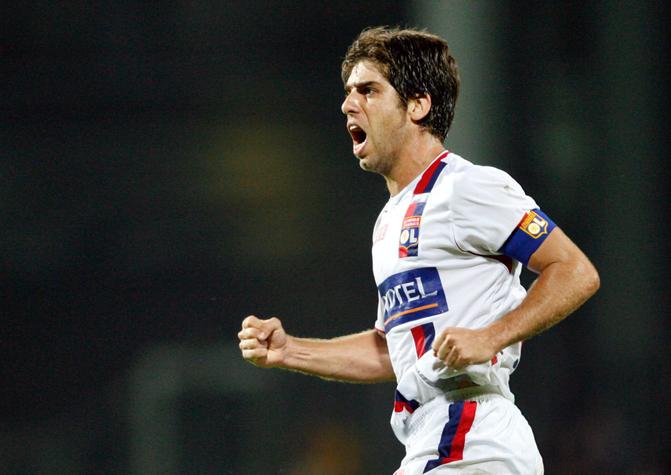 Central to their sustained success was a trio of players who are now considered club legends: the ever-reliable goalkeeper Gregory Coupet, the talisman and magnificent dead-ball specialist that was Juninho Pernanbucamo, as well as the goal-scoring exploits of Sidney Govou. Supplemented by future household names such as Michael Essien, Florent Malouda, Eric Abidal and Fred, Lyon were the ones to watch.

But there were occasions where OL didn’t have to look too far for rising stars. The club’s youth academy had promising talent of its own, with the rise of Hatem Ben Arfa and Karim Benzema the undoubted success stories.

If one season illustrated their brilliance, the 2005-06 edition under the tutelage of Gerard Houllier stands out. Domestically dominant, Lyon cantered to the Ligue 1 title and finished 15 points clear of nearest rivals Bordeaux to claim their fifth consecutive crown. For a period, Les Gones looked set to replicate their form in the UEFA Champions League too: a comprehensive 3-0 win on matchday one against Real Madrid complete with a trademark stunning free-kick from Juninho served notice of the team’s potential.

Having topped their group with five wins from six (and one draw), Lyon thrashed PSV Eindhoven 5-0 on aggregate in the Round of 16 to set up a Quarter-Final tie with AC Milan. After a goalless first leg, a Mahamadou Diarra away goal appeared to be enough but cruelly for Lyon late strikes from Filipo Inzaghi and Andriy Shevchenko denied them a place in the last four.

Sadly though, what proved to be a third consecutive Quarter-Final appearance would be as good as it got on the continent during those halcyon days, and in spite of consecutive comprehensive title successes, Aulas dismissed Houllier in the summer of 2007 in a quest for European glory that never came.

Although a seventh consecutive title (and a cup double) was secured under Alain Perrin in 2008, Lyon’s dominance ended soon after. Since those heady days, OL has finished runners-up twice to Paris Saint-Germain in the last five years, and while the challenge to topple their rivals remains an arduous task a burning desire to replicate former glories burn bright.

Next Le Classique: A Battle for Supremacy in France
Read