The Quique Setién era begins in earnest on Sunday evening as Barcelona welcome Granada to the Camp Nou. A week is a long time in football and between Barcelona’s latest defeat and now the side has parted ways with Ernesto Valverde, and hired former Real Betis manager Quique Setién in his place.

Barcelona are currently leading the way in La Liga, and still in the Champions League but it was the manner in which they were winning that displeased club management. A defeat to Athletico Madrid proved to be the final straw for Valverde who was eventually relieved of his misery following late-night talks on Monday evening.

Now, Setién will focus on the task of maintaining domestic dominance whilst making strides in the Champions League, which is the true maker of success for the Catalan giants.

In team news Barcelona will be without Luis Suarez who has been ruled out for four months after undergoing knee surgery. The Uruguayan joins Ousmane Dembélé as long term absentees. Frenkie de Jong will miss out on the Granada game due to suspension, although Setién will be boosted by the return to training of midfielder Arther. 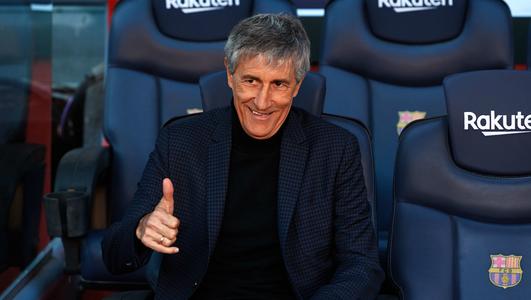 As for Granada, they head into the game undefeated in 2020, following a 1-0 win over Mallorca and a narrow 1-0 win over Tamaraceite in the Copa del Rey. After impressing in the early stages of the season, the newly promoted side are in tenth position and will be targeting a surge for European football in the second half of the campaign.

It’s going to be a huge ask for Diego Martínez's side to come away with a result on Sunday, but Granada will be hoping that the change in management for the Catalans could help their cause. The visitors don’t have to look far for inspiration, having defeated Barcelona in September 2-0.

In team news, Granada will be without the quartet of Quini, Fede Vico, Neyder Lozano, Yangel Herrera for the visit to Barcelona, which means Martínez will have to change up his side.

It certainly promises to be a fascinating clash as Quique Setién starts out life with Barcelona. You can follow all the action via beIN CONNECT.