Lionel Messi and Barcelona were aided by a dismal error from Espanyol captain Victor Sanchez as they secured a patient 2-0 win in Saturday's Catalan derby.

Blaugrana captain Messi had missed Argentina's midweek friendly with Morocco and revealed he has been managing a pelvic injury since December, but he was available for LaLiga action and typically netted both goals.

The forward carried Barca's chief threat as he moved past Andres Iniesta into second place on the club's all-time appearance list, yet he may not have broken the deadlock had Sanchez not foolishly directed a 71st-minute free-kick into his own net.

That mistake cost Espanyol a battling point as goalkeeper Diego Lopez excelled, with Messi sealing the points late on as he doubled the league leaders' advantage.

There was no hint at Messi's ongoing fitness problems as he dazzled from the outset, seeing one close-range effort superbly blocked by Naldo before prompting an attack that concluded with Ivan Rakitic fizzing a shot just wide.

Messi's inswinging free-kick was then almost deflected past Lopez on the 30-minute mark - drawing a smart stop - while Barcelona supporters shared confused glances when the Argentina international uncharacteristically missed the target as his one-man assault on Espanyol's goal continued.

Barca were dismayed by a couple of refereeing calls early in the second half, with Nelson Semedo denied a penalty, and Lopez again foiled the hosts as substitute Malcom's rising strike was expertly palmed clear.

However, Sanchez's moment of madness saw the Espanyol skipper dive in on Messi just outside the box and then, as the Barca number 10 stepped up, dart back to the goal-line and beat Lopez to the free-kick, awkwardly flicking a header beyond the goalkeeper, who looked to have the strike covered.

A low sweeping finish a minute from the end of normal time saw Messi double his and Barca's tally and make the victory safe, taking another step towards the title.

Now for Espanyol, It's a 5-4-1 formation from Rubi, Borja Iglesias leads the line. Keep an eye out for the striker, he has eleven goals so far this season and is the Periquitos biggest goalscoring threat.

Team News! First up Barca! Luis Suarez has shaken off an ankle injury and starts up front with Leo Messi who missed out on Argentina's mid-week friendly with Morocco. Philippe Coutinho also starts.

Keep an eye out for Espanyol striker Wu Li. The January signing is widely considered to be the brightest talent to come out of the Chinese Super League in some years and has adapted quickly to the challenges of La Liga, already bagging his first goal with the side in the 3-1 win over Valladolid. 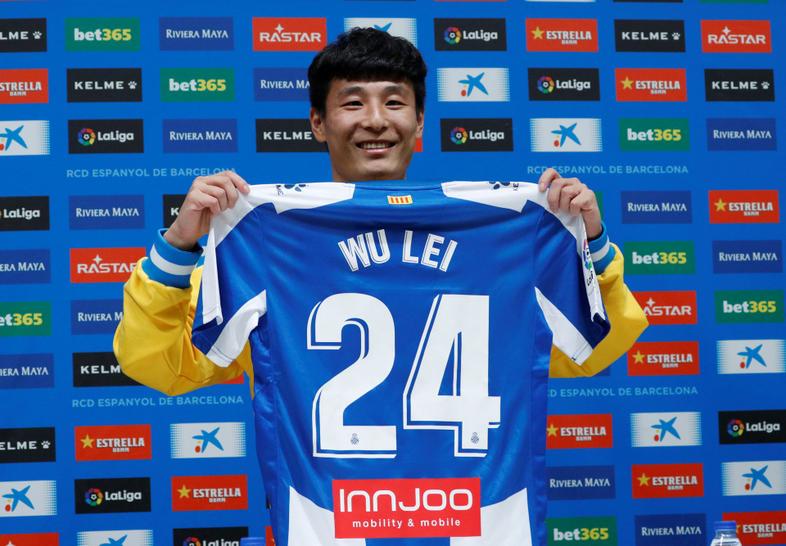 Espanyol have also rocked up at the Nou Camp.

The Barca boys have arrived! Looking, quite composed.

Good evening! Welcome to the Live Updates of Barcelona Vs Espanyol, can Barca maintain winning ways in La Liga following the international break? Ernesto Valverde's side will be facing city rivals Espanyol, a team they comfortably defeated 4-0 the last time the two sides met in the league. As ever, join me for all the latest team news, match commentary and video highlights from the game at the Nou Camp.