Alvaro Morata scored the fastest goal of the LaLiga season after just 51 seconds but Atletico Madrid had to settle for a 1-1 draw at Celta Vigo.

Morata followed up his double in the win over Real Mallorca last Friday by striking in the first minute at Estadio de Balaidos.

Fran Beltran deservedly levelled early in the second half with his first goal of the season to move Celta seven points clear of the relegation zone with three matches to play, although third-bottom Mallorca have a game in hand.

Third-placed Atleti are unbeaten in 15 games and a draw keeps them on course to secure a Champions League spot.

Atleti could not have wished for a better start, Angel Correa taking a pass from Santiago Arias and picking out Morata for a tap in with less than a minute on the clock.

Celta responded to that early blow and Brais Mendez's deflected strike went into the side-netting before the midfielder curled a shot wide of the far post.

Diego Simeone's side could have doubled their lead late in the first half, but Correa was unable to apply the finish as he charged into the penalty area.

Celta were level just four minutes after the restart, Beltran not getting a clean contact on Mendez's cross but seeing his volley loop into the far corner with Jan Oblak helpless.

Oscar Garcia's men did not look like a side in danger of the drop and Mendez was denied by the busy Oblak, who then palmed Santi Mina's strike away for a corner.

Ivan Villar came on to replace injured Celta goalkeeper Ruben Blanco with nine minutes to play and he denied Thomas Lemar, with the home side also having a penalty appeal dismissed following a VAR check late on.

What does it mean? Atleti a step closer to Champions League spot

Atleti lead Sevilla, who have a game in hand, by three points and are nine better off than fifth-placed Villarreal in the battle for Champions League spots.

On the evidence of this showing, in which they could have secured a surprise win, Celta ought to have enough to avoid relegation.

Morata on a roll

Striker Morata led the line well for Atleti and was in the right place at the right time to score his third goal in two games right in a dream start.

He now has 16 goals for the season in all competitions and it looks like there will be more to come.

It was certainly not one of the Marcos Llorente's better nights as he struggled to stamp his authority on the game before being withdrawn midway through the second half. 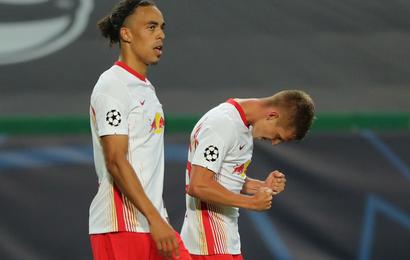