Rafa Mir has confirmed Real Madrid made multiple attempts to sign him from Valencia, but the LaLiga side would not sell to the Spanish champions.

Instead, Mir agreed a four-and-a-half year deal at Wolverhampton Wanderers after the Championship leaders paid Valencia an undisclosed fee.

The 20-year-old would have been out of contract at the end of the season, but despite being strongly linked with Zinedine Zidane's side he was not given the green light to go to Madrid.

And Mir says claims Valencia had made repeated attempts to extend his deal at the club were untrue.

"Valencia only made me one renewal offer this summer," Mir told Radio Valencia Cadena SER. "That they had been trying to renew with me for a year is a lie.

"They rejected three or four offers from Real Madrid for me; however, they agreed to the first from Wolves in December. Valencia did not want me to go to Madrid and they did it.

"I left Valencia because I wanted an ambitious project where I could grow and be trusted and there I did not see it."

Mir, who scored 15 goals in 19 appearances for Valencia Mestalla in Segunda Division B, made his Wolves debut as a late substitute in their FA Cup draw with Premier League side Swansea City on Saturday. 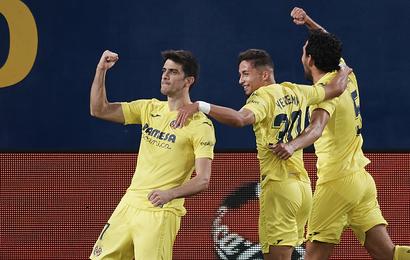