Barcelona president Josep Maria Bartomeu insisted Lionel Messi has always expressed a desire to retire at Camp Nou amid doubts over his future.

Messi is contracted to Barca until 2021 but a report emerged on Thursday claiming the six-time Ballon d'Or winner wants to leave next year.

The superstar captain put question marks over his future to one side on Sunday, producing a masterclass in Barca's 4-1 LaLiga rout of Villarreal.

Messi reached 19 LaLiga assists for the season – his best tally in Spain's top flight – and Bartomeu was asked about the 33-year-old post-match.

"I am not going to explain the details of what is happening every week. There are negotiations with many players," Bartomeu told Movistar.

"Messi has always expressed that he wants to end his career at Barcelona."

Two-time defending champions Barca are on track to be dethroned by Madrid this season, with Setien reportedly set to be axed.

But Bartomeu said: "I know there are rumours. It is totally false.

"Quique Setien has the confidence of everyone, of the players, of the board, he is doing a great job.

"There are four games left and then we have the Champions League. We have important games to play this season." 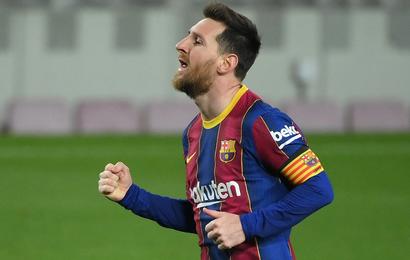