Antoine Griezmann will return for Atletico Madrid against Espanyol but head coach Diego Simeone insisted his focus is on the team dynamic and ensuring his talented attacking options click, rather than individuals.

The France forward made a remarkable move back from Barcelona, initially joining the reigning LaLiga champions on loan with either club holding the option to extend for a further year.

Griezmann scored 133 goals across 257 games in his first spell before that ultimately ill-fated €120million move to the Catalan giants in 2019, and Simeone revealed his new loanee is relishing a homecoming.

"I found [Antoine] Griezmann eager to return to Atletico Madrid, very enthusiastic about the situation of returning to the team," Simeone told reporters on Saturday.

However, the 51-year-old head coach wanted to avoid focusing on individuals as Atletico look to end a three-game winless away run at Espanyol in LaLiga.

Luis Suarez, who has been involved in 15 goals in 11 top-flight appearances against Sunday's opponents, could link up with his former Barca colleague Griezmann again, though the France star will face a fight for a place in the side given Atletico now boast a wealth of attacking talent among their ranks.

Angel Correa has thrived as a support striker, scoring three times in the first two LaLiga games, as Atletico opened with back-to-back wins for the fourth time in the Simeone era.

Versatile attacker Matheus Cunha then arrived from Hertha Berlin for a reported €26m fee late in the transfer window.

The Brazil forward created 54 chances – ranking him sixth among forwards in Germany – last season, while only five forwards across the top five European leagues completed more dribbles than Cunha's 123 since his arrival in Berlin back in January 2020.

Yannick Carrasco was the only Atletico player to complete 100 dribbles in that time and the Belgian winger – often used as a wing-back last term – led club charts for chances created (47) in LaLiga in 2020-21.

Add the likes of Joao Felix, Thomas Lemar, Marcos Llorente and Rodrigo De Paul to the equation and Simeone has a wealth of creative talents to call on. Now he can look to Griezmann as well.

Although his Barcelona spell may not have lived up to expectations, he still netted 20 times across 51 appearances in all competitions last season, providing 12 assists and creating 67 chances for Ronald Koeman's side. That was two more than he managed in 2017-18, arguably the finest individual campaign of Griezmann's career.

But Simeone is not kidding himself. While he has great talent at his disposal, he needs them to click.

"Internal competition has grown and that leads us to compete better," Simeone continued.

"At first it is easy to speak from the names. I believe in men and in how a team is executed. We are absolutely always looking for a team.

"Names don't team up, men do. We will go in that search of that commitment we have towards the club, always looking for the best." 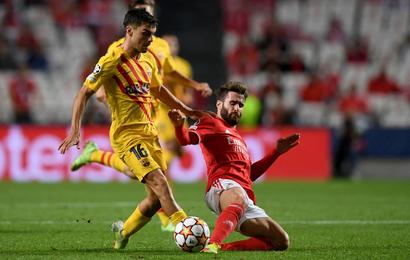 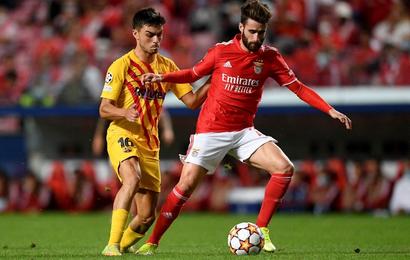