Fati followed up his double in a 4-0 rout of Villarreal on Sunday by scoring the opening goal on Thursday before Barca defender Clement Lenglet was harshly sent off for a second bookable offence late in the first half.

Celta were unable to capitalise on their numerical advantage and Lucas Olaza's own goal, created by the mercurial Messi, gave Ronald Koeman's side breathing space.

Messi also had a goal disallowed for offside when he looked to be level, but the Blaugrana were not to be denied another three points in the wind and rain and Sergi Roberto added the final flourish in stoppage time.

Barca knocked the ball around with a swagger following their demolition of Villarreal and were in front after 11 minutes when Fati took a first-time pass from Philippe Coutinho and poked home with the outside of his right foot.

Lenglet was cautioned for upending Gabri Veiga, who had a shot palmed away by Neto, and Barca breathed a sigh of relief when Gerard Pique's red card for a professional foul on Denis Suarez was overturned with the midfielder offside.

Pique's fellow defender Lenglet was given his marching orders three minutes before the break, though, when Carlos del Cerro Grande harshly adjudged him to have impeded former Barca man Suarez for a second yellow.

Koeman reacted by replacing Antoine Griezmann with Ronald Araujo, but the Blaugrana doubled their lead five minutes after the break, thanks in no small part to Messi.

The captain darted away from two challenges and Olaza could only turn the Argentina forward's right-footed cross into his own net as the rain continued to hammer down.

Messi looked to have added a third but was given offside when he turned in the rebound after Coutinho struck the post and Pique was unable to convert a dangerous cross from his outstanding skipper.

Miguel Baeza saw his deflected effort strike the crossbar on a frustrating night for Celta as Barca showed great spirit and quality to make it two wins out of two in LaLiga, with Roberto putting the icing on the cake by drilling in a third right at the end. 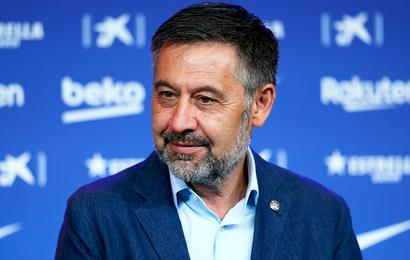 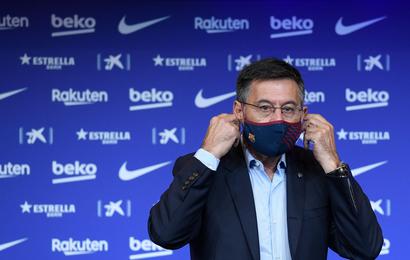 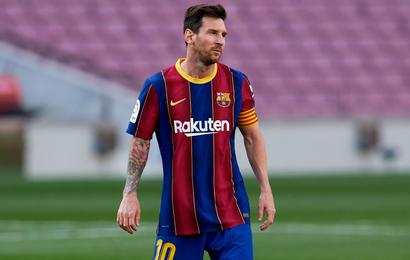