Ronald Koeman believes there is something personal behind the decision to hand him a touchline ban.

Barcelona confirmed this week they are to appeal to Spain's Administrative Court of Sport (TAD) after head coach Koeman's ban for Saturday's potential LaLiga title decider with Atletico Madrid was upheld by the Spanish Football Federation (RFEF).

Koeman was hit with a two-match suspension after being shown a red card for comments made to the fourth official during his side's shock 2-1 home loss to Granada last Thursday.

Barcelona had hoped to have Koeman back for the massive game at Camp Nou, but it was announced on Wednesday that their appeal was not successful, prompting the club to try again with TAD.

"Yes, I think it was personal," said Koeman.

"Because saying 'what a character' in Spanish or 'what a person' in English is not insulting.

"It is not a reason to sanction. So yes, there is something else behind it.

"Better not talk about the referees because, in general, the RFEF puts one of the best referees in for these games.

"Hopefully the decisions of the VAR are fair for us and for Atletico."

Barca go into the match at Camp Nou two points behind leaders Atletico, with Real Madrid also trailing Diego Simeone's men by that margin in a thrilling title race.

Ahead of the crunch clash, Barca confirmed Ansu Fati's injury comeback has hit another setback, as the Spain forward had to undergo another knee operation, his fourth procedure.

Fati suffered a serious meniscus injury in November, having scored five goals across 10 appearances for Barca across all competitions.

The 18-year-old was initially forecast to return in March, but his long spell on the sidelines and problems with his injury had even led some to question whether Fati would be able to have a long career in the game.

"Poor kid," said Koeman. "I have not yet spoken with Ansu. I did speak with him before his trip to Porto [for the operation].

"It takes a long time and there are things that have not gone well with his recovery - I don't want to go into that anymore, but five or six months is a long time.

"It has been important that we missed a player like him, but the most important thing is that he recovers well to continue playing."

Koeman knows the stakes are high in the title race and Barcelona have a good record against their opponents, losing just one of their 21 previous LaLiga games against Atletico, winning 14.

"I have not changed my mind; if we win every game we will be champions," he said of the four remaining league fixtures.

"I don't think it [this result] is decisive because there will be three games left, but of course it is important. It is not decisive.

"They are both very good teams and we are fighting with two more teams as well [Real Madrid and Sevilla].

Barca are looking to avoid losing home and away in the league against Atleti for the first time since 2005-06, Simeone's men having won 1-0 in the last meeting in November.

But aside from that rare blip against Granada, Koeman's side have the momentum. They have collected a league-high 49 points in 2021 (W16 D1 L2), eight more than Atletico in this period.

Opta data shows he has the biggest positive differential (nine) for any player in the top five European leagues since the start of year. 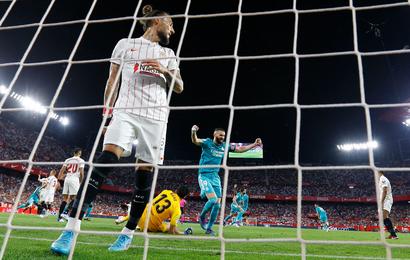 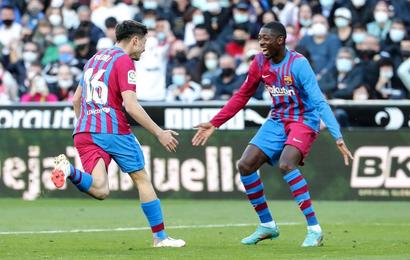 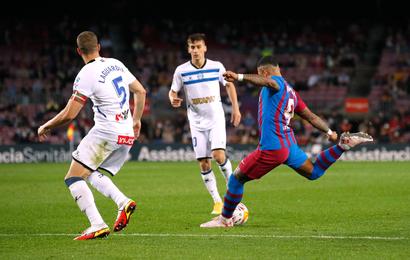