Luka Jovic says he is the happiest guy in the world after being presented as a Real Madrid player.

Jovic signed a six-year contract with Madrid, who paid a reported €60million to buy the striker from Bundesliga side Eintracht Frankfurt.

The Serbia striker hit 10 goals in the Europa League as Eintracht reached the semi-finals before losing to Chelsea on penalties while netting 17 in the Bundesliga.

At his unveiling as a Madrid player on Thursday, Jovic promised to do his best to deliver success for the club.

"I'm the happiest guy in the world to sign for such a big club," Jovic said in a short speech.

"I'm very excited and sure I made the right decision. I will give everything to help Real Madrid to win more trophies and titles."

Eden Hazard, Eder Militao and Rodrygo Goes have also been added to the Madrid squad ahead of the 2019-20 season.

"Today we share with all Madridistas the start of a new project, we have to work hard to make dreams come true for our millions of fans," Perez told reporters. "Madridismo is about feelings, the good moments and the not so good moments.

"It wasn't the year we wanted, so we are reacting with determination and talent. We have a determination to build and this club never gives up. Winning four of the past five Champions Leagues is incredible, three in a row is incredible, a gigantic triumph that will only be value as time goes by.

"This is down to Madridistas and the stability of the club and a fantastic squad of players who are legends. We have the responsibility to try and win again and this is one of the days we are happy to welcome a new player to help us.

"A striker a lot of big clubs in Europe wanted, but now a member of the Real Madrid family to come here at this stage was one of his big dreams and his career as a Real Madrid player starts here today.

"Luka, now you are a Real Madrid player, a club with 13 European Cups. Congratulations and thank you for choosing this shirt to keep growing as one of the best strikers in the world. We know a lot of big clubs wanted you because of your talent and work ethic but you wanted to be a part of our legend.

"You've come to the biggest club in the world at 21, you've done so much already, a Serbia international and a champion in three countries. You come from a big club and a club we have a good relationship with, you come from a demanding league. You had a magnificent season scoring 27 goals, one of the top scorers in Europe, but our fans will ask even more of your incredible qualities.

"You have a huge challenge, playing with the best players in the world and a fantastic manager. From now you are a Real Madrid player, the most prestigious and successful club in the world. Your family are very proud and us as well.

"We've been told you used to sleep in a Real Madrid shirt as a child, millions of fans will give everything for you and they demand you score the goals you've done already. We wish you a lot of success and welcome you to your new home." 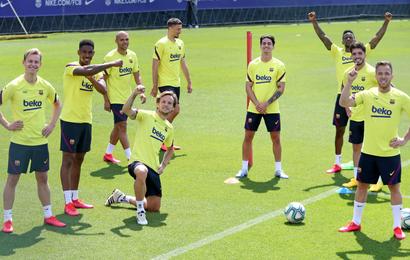 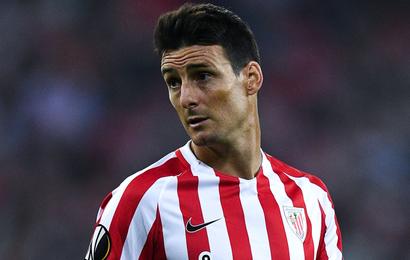 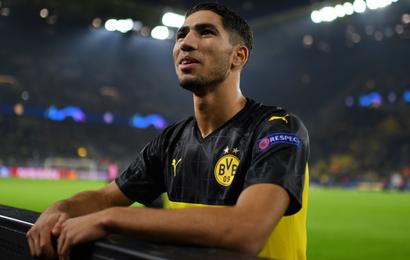