Brazil were unable to mark Neymar's 100th cap with a win as they were held to a 1-1 draw by Senegal in humid conditions in Singapore on Thursday.

Neymar has scored four goals in his past five matches for Paris Saint-Germain but was unable to continue that form with the Selecao, failing to convert any of the chances that came his way.

Brazil moved ahead early at the National Stadium through Roberto Firmino's cool finish, but Sadio Mane won a penalty that Famara Diedhiou dispatched before the break.

Tite's team struggled to work clear openings in the second half and are now winless in three games – their worst run since 2013.

Brazil took a ninth-minute lead when Gabriel Jesus skipped inside of Racine Coly and slid a throughball into the box that Firmino dinked beyond Alfred Gomis.

Mane remained lively and his driving run into the box off the right drew a foul from Marquinhos. Diedhiou slammed the resulting penalty into the bottom-left corner in first-half stoppage time.

Brazil's newest centurion Neymar was unable to finish off a pass from Firmino before half-time and Jesus felt he deserved a penalty when Gomis sent him to ground after he got a shot away in the 53rd minute.

Jesus was disappointed Kalidou Koulibaly was only cautioned for tugging him back as the last man, with Neymar sending the free-kick narrowly over.

Tite brought on Everton and Richarlison in a bid to revitalise Brazil's attack, while midfielder Matheus Henrique replaced Arthur for his senior debut.

Much of the second-half in the energy-sapping conditions was played at a sluggish pace, but Mane went close to an 85th-minute winner when his 20-yard drive crashed against the post.

Neymar had a shot deflected over – though no corner was given – and Richarlison fired wide as Brazil came up short with belated attempts to avoid a draw.

What does it mean? Strife for Tite

Having come from behind to draw 2-2 with Colombia and lost 1-0 to Peru during the previous international break, Brazil's failure to defeat Senegal will no doubt lead to an increase in the pressure on Tite.

The Selecao are without a win since winning the Copa America in July and the coach will be desperate to turn things around as soon as possible.

While his Liverpool team-mate Firmino opened the scoring, it was Mane who left a greater mark on the game. The Senegal attacker was a consistent threat either side of winning the penalty that got his team back on terms.

After being beaten so easily by Jesus ahead of the opener, Coly struggled to get back on track. He was guilty of leaving spaces at the back and gave possession away five times.

Brazil will remain in Singapore and take on Nigeria on Sunday, while Senegal are in Africa Cup of Nations qualifying action next month. 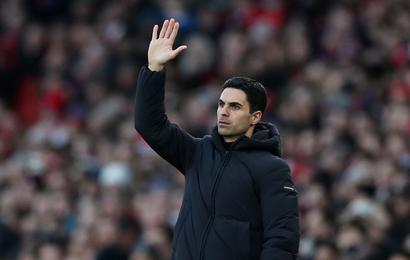