Swansea City have broken their transfer record to bring Andre Ayew back to the club from West Ham.

Ayew has signed a three-and-a-half-year deal after the Swans paid a reported £18million for his services. 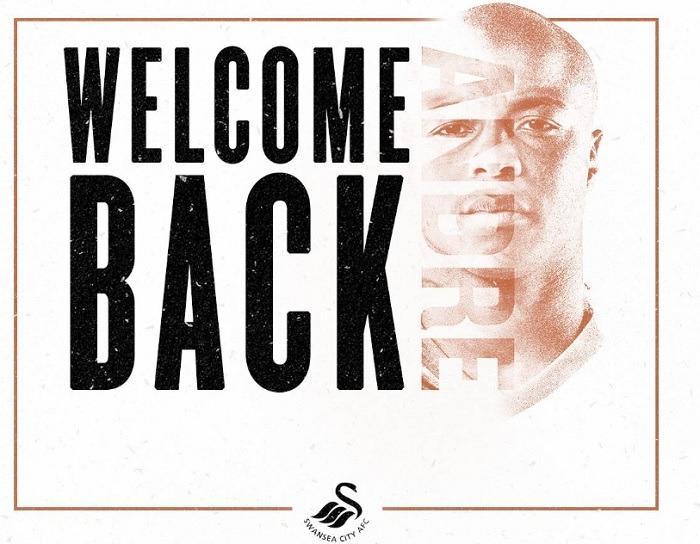 The Hammers forked out £20.5m - then a club record - for the Ghana international 18 months ago, and the midfielder has only started 25 Premier League games since.

Amin Younes has rejected a January switch to Napoli and will remain with Ajax until the end of the season, the Eredivisie giants have announced.

Younes – who has six months left to run on his Ajax deal - was allowed to travel to Italy ahead of Wednesday's deadline to discuss a deal with the Serie A title contenders.

Yuto Nagatomo has left Inter to join Galatasaray on loan until the end of the season.

The Japan international has found playing time difficult to come by under Luciano Spalletti this season, with Davide Santon favoured at left-back in recent weeks

Mathieu Debuchy has joined Saint-Etienne until the end of the season after his contract was terminated by Arsenal.

The right-back joined the Gunners in 2014 but injuries were a contributing factor to him making only 13 Premier League appearances for the club.

Roma have signed Jonathan Silva on loan for the rest of the season from Sporting CP to plug the gap left by Emerson Palmieri's departure to Chelsea.

Argentine left-back Silva is set to make the move permanently for next term, in a deal that Sporting revealed could be worth €5.7million.

Brazil international Lucas Moura has joined Tottenham from Paris Saint-Germain in a deal thought to be worth £25million, the Premier League club have confirmed. 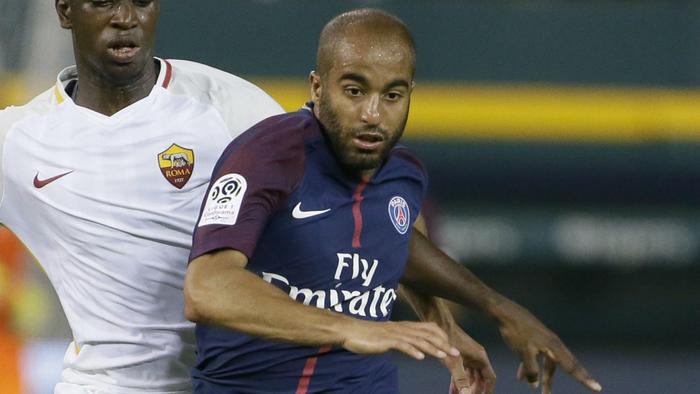 Lucas became PSG's record signing when he arrived from Sao Paulo in January 2013 for €45m (£38m), but fell out of favour under Unai Emery and has now signed for Spurs until 2023.

Mesut Ozil has got Arsenal fans excited on social media after teasing his followers about "signing things" amid reports he has agreed a new contract.

The Germany international is said to have finalised terms on a new three-and-a-half-year deal worth £350,000 a week, bringing months of speculation over his future to an end.

Although the Gunners have yet to announce the news, Ozil has dropped a huge hint over the deal with an image shared on his Twitter account.

Chelsea have announced the signing of striker Olivier Giroud from Premier League rivals Arsenal for a reported £18million, ending the club's long hunt for a new centre-forward. Antonio Conte's desire to add another attacking option to his squad led to Chelsea being linked with a host of unlikely players, including Andy Carroll, Ashley Barnes and Peter Crouch, while an attempted deal for Roma's Edin Dzeko failed.

Chelsea have allowed striker Michy Batshuayi to join Borussia Dortmund on a loan deal to the end of the season.

So that's the end of my shift today. I will now pass you onto one of my colleagues who will be working the late shift and taking you into the business end of things.

So here a few questions which should be answered in the coming hours.

We should know by 23:00 pm GMT when the window slams shut in England.

French football expert Matt Spiro has dropped us a line about the deals going down in France.

"With none of the top clubs expected to be active today, the biggest transfers are likely to be out-going deals. Brazil winger Lucas Moura is poised to seal a €27m switch to Tottenham having passed his medical today, while Javier Pastore could also leave the capital if an agreement can be reached with Inter Milan.

Lille, who are in need of cash, will sell their midfielder and captain Ibrahim Amadou if a deal can be agreed with a Premier League club. Les Dogues turned down West Ham’s loan offer for the strong ball-winner.

Several French internationals are on the move with Mathieu Debuchy set to complete a free transfer from Arsenal to St Etienne. Les Verts endured a terrible first half to the season, but appear to have done good business this month, bringing in two other capped players, Paul-Georges Ntep, on loan from Wolfsburg, and Yann M’Vila from Rubin Kazan. Serbian defender Neven Subotic has also joined from Borussia Dortmund to inject more quality and experience. Finally injury-plagued midfielder Clément Grenier – once seen as a future France star – has left Lyon for Guingamp."

Interesting stuff on Lucas heading to Spurs. Maybe one to watch out for before the clock strikes 23:00 GMT....

Remember way back when this morning when we spoke about Samuel Eto'o has moved to Turkish side Konyaspor? Of course you do! Now the club has come up with Game of Thrones inspired video to announce the signing. Check it out!

🌪Samuel Stormborn of the House Eto'o
🥇First of His Name
🔥The Unburnt
👑King of the Forwards
⛓Breaker of Chains
🦅Father of Eagles pic.twitter.com/4aWXrRu5zQ

It's been a busy old day for the Gooners so far with the club record signing of Pierre-Emerick Aubameyang but could it get better? Sources in the UK have confirmed that Mesut Özil has signed a new 3.5-year extension, to make him Arsenals highest ever earner. Nothing yet from the club, but if true that's huge news! Arsenal social media is blowing up with the news! Before we find out from the club, enjoy this magic stat from the guys at Opta.

1006 - Since he made his league debut in August 2006, Mesut Ozil (1006) is the only player to have created over 1000 goalscoring chances within the big 5 European leagues. Class. pic.twitter.com/epqlZHgO3Y

Transfer deadline day does have casualties. This year it seems to be Dutch defender Daley Blind who has been denied a DREAM move to Roma according to the player's dad. Poor Daley trapped in Manchester, playing football. Truly heartbreaking news.

Newcastle is in desperate need of goals, and need a striker in. It seems that they have turned to Algerian attacker Islam Slimani with a loan move from Leicester being mooted. Could be some good business that. Just waiting for the clubs to confirm. 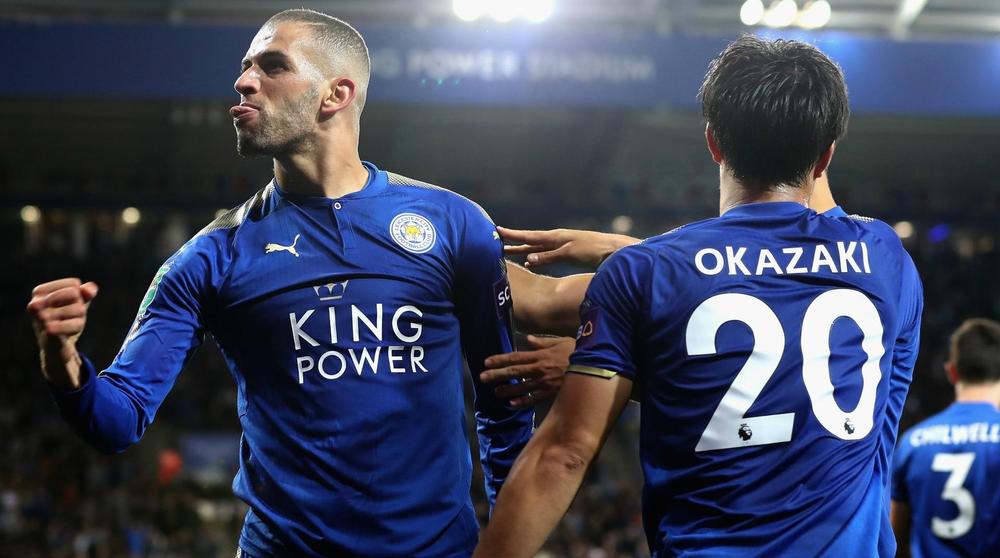 3:16 Everton leading the way for Mangala

Our man Matt Critchley has got back to me on those rumours of Eliaquim Mangala leaving Manchester City today. It's good news if you're an Everton fan.

"Talks underway with Everton, others clubs still interested (Newcastle, Valencia) but Everton looks the most likely to do the deal for a 6-month loan."

Happy with that Evertonians?

beIN SPORTS reporter Carrie Brown has been in touch. With the Aubameyang deal in the bag  Olivier Giroud & Michy Batshuayi are now free to move. Giroud has now been spotted at Cobham and Dortmund are close to announcing Batshuayi on loan. Carrie has given her view on how the deal for the three players can benefit each club.

"Batshuayi will thrive with more playing time in the Bundesliga, Chelsea is right to only let him leave on loan. Giroud is the poacher Chelsea need at the minute. Although every goal will pinch at Arsenal fans."

"Arsene Wenger will come out of this transfer window in credit, despite losing Alexis Sanchez to Manchester United.  Reuniting Aubamayang & Mhikitayrian is an exciting prospect, and could be key in settling playmaker Mesut Özil - with a new contract set to be announced shortly."

Big Sam loves a last minute deal, he's rumoured to be interested in Eliaquim Mangala from Man City.  I have just caught up with Adam Partington from Grand Old Team to get his thoughts on the toffees transfer dealings.

"This morning it broke that we were to be in for Mangala and there's a lot of blues turning their noses up. I get it, he hasn't impressed at City but maybe a move from Manchester to Merseyside could revamp his career? I don't know, but I think he's an improvement on what we have at present."

"This is turning out to be another frustrating transfer window for Everton. Yes, the signing of another centre-forward in the form of Cenk Tosun is good, and Walcott's Premier League pedigree will be helpful, but we desperately need a left back. I'm not holding my breath, but I can't see why the club is willing to go the rest of the reason without a new one. It's very concerning as we can't expect too much from Baines once he's back and the other options are underwhelming. As a side note, I'm disappointed to see Sandro go out on loan. I think he and the club should have stuck at it a bit longer and he should have been given an actual run in the team. I hope Klassen doesn't go the same way."

Interesting stuff from Adam. As a side note, Davy Klaassen is getting plenty of interest from Italy with a loan move mooted.

First Major bit of transfer business of the day! Pierre-Emerick Aubameyang has signed for Arsenal for a club record fee!

Speedy lunch break, then back to snooping for transfer news! In the meanwhile, you can entertain yourself by voting for which Premier League side has done the best deals so far! See you in a jiffy!

We have a done deal in the Bundesliga! Admir Mehmedi has moved to Wolfsburg from Bayer Leverkusen. The Swiss international has signed on till 2022 and will be wearing the number 22 which is nice...

BREAKING
Our Wolves have secured the services of Admir #Mehmedi from @bayer04_en! The 26-year-old has signed on with VfL until 2022 and will wear the number 22 jersey. We're looking forward to having you here, Admir!😀 #vflwolfsburg pic.twitter.com/BzDfGm1GkW

Matt Critchley has been in touch on those Riyad Mahrez rumours.

"The player has handed in a transfer request and is unlikely to feature against Everton tonight. Man City are keen and have made an offer to Leicester for him but the clubs still remain some way apart on their valuation."

So can a deal be made for the Algerian? Time will tell!

Our man Matt Critchley has some news on the movements on Riyad Mahrez. Standby! 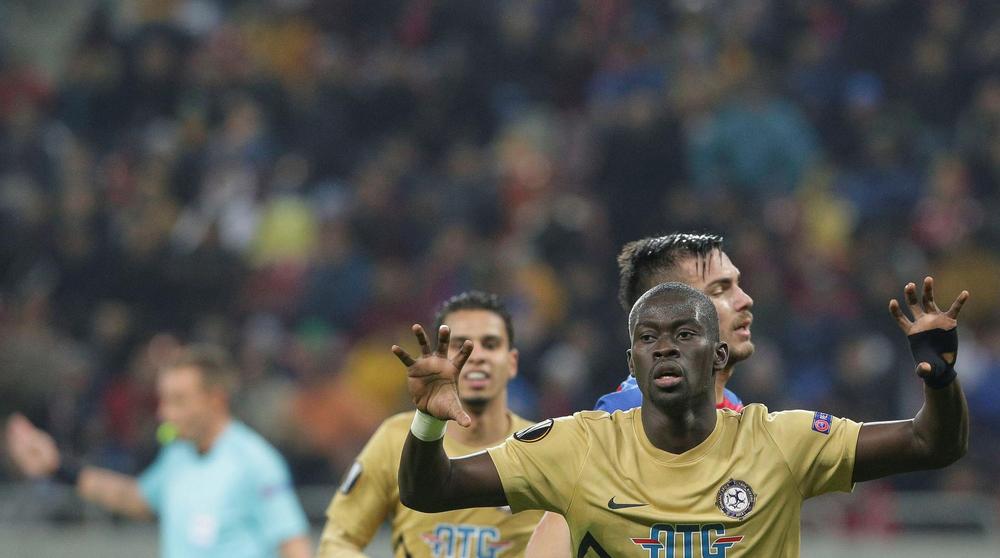 Could Badou Ndiaye be a Stoke player by the end of the day? Stoke seem to be eager on the Senegal International midfielder. A fee has been agreed with Galatasaray, with the only sticking point being his work permit as Ndiaye hasn't played enough international games in the last two years. Hopefully, Paul Lambert and co can get the deal done, and add some bite to their midfield.

So time for a little Arsenal update! It's not about Aubameyang, but the Gunners quest to pick up a central defender before the 23:00 GMT deadline this evening. Rumors are that they are seriously considering swooping for former Manchester United defender Johnny Evans. The Northern Irish international has plenty of Premier League experience, and my source at the club has said that they rate him highly. Watch this space!

So what happens to Man City defender Eliaquim Mangala with the arrival of Laporte? Everton, Newcastle & West Ham are all reportedly looking to take the French defender on loan. 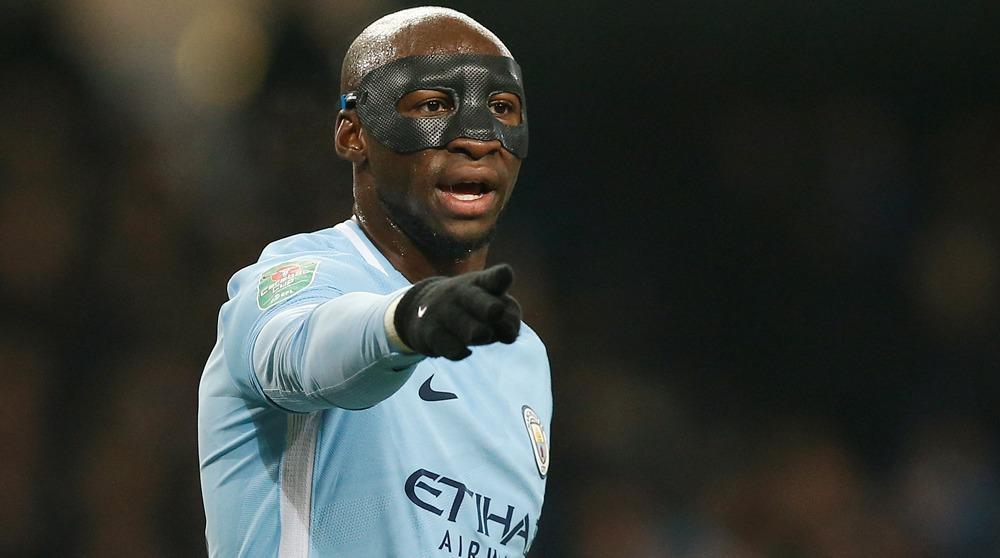 So what do we know?

So what is expected to happen? Much of the attention today will be on Arsenal today, who is widely expected to announce the club record signing of Pierre-Emerick Aubameyang. Although that deal does depend on the transfers of Olivier Giroud & Michy Batshuayi to Chelsea & Dortmund, to complete this tricky transfer triangle (try saying that three times fast!)

Manchester City has splashed the cash again playing a club record fee for French defender Aymeric Laporte. Although another fresh face could be joining Laporte at the Etihad, with Algerian schemer Riyad Mahrez reported to be pushing for a move today.