Zardes combined with fellow reserve Nicholas Gioacchini for the game's only goal in a contest that highlighted the hosts' steady improvement over the course of the biennial North American showcase tournament.

"Niko made a great run and got a nice through ball," Zardes said. "I just had to crash the box."
The Americans will play the winner of Thursday's second semi-final between upstart Canada and defending champion Mexico for the title in Las Vegas on Sunday.

Eight-time champion Mexico defeated the US squad 1-0 in the 2019 final. The teams have met in six Gold Cup finals, with the Mexicans winning all but the 2007 matchup, when the six-time trophy-holder American side took a 2-1 victory.

Zardes entered the game in the 64th minute for Daryl Dike and it didn't take long for him to have an impact, being called for a foul on Karim Boudiaf two minutes later at Q2 Stadium in Austin, Texas.
He then bagged his goal four minutes from full time, his second of the tournament as the Americans extended their win streak to eight games.

Gioacchini, who also came on in the second half, did the heavy lifting on the play, working a give and go and then making a no-look pass off the outside of his right foot to a hard-charging Zardes, who poked it through a maze of player into the back of the net.

Zardes said the team from Qatar, the host nation for the 2022 World Cup, looked fatigued near the end.
"That was a great game and they have a great team. But when our subs came in, we were able to make a difference because our starters had tired them out," he said.

Turner was the top US player in the first half, when Qatar had the better scoring opportunities. Turner's best save came in the 20th minute when he got his fingertips on a Qatar shot from in close.

Qatar appeared set to go ahead in the 61st minute but captain Hassan Al Haydos bungled a penalty kick, sending a slow speed chip shot well over the crossbar.

In Houston, Texas, Mexico survived a scare from feisty Canada. 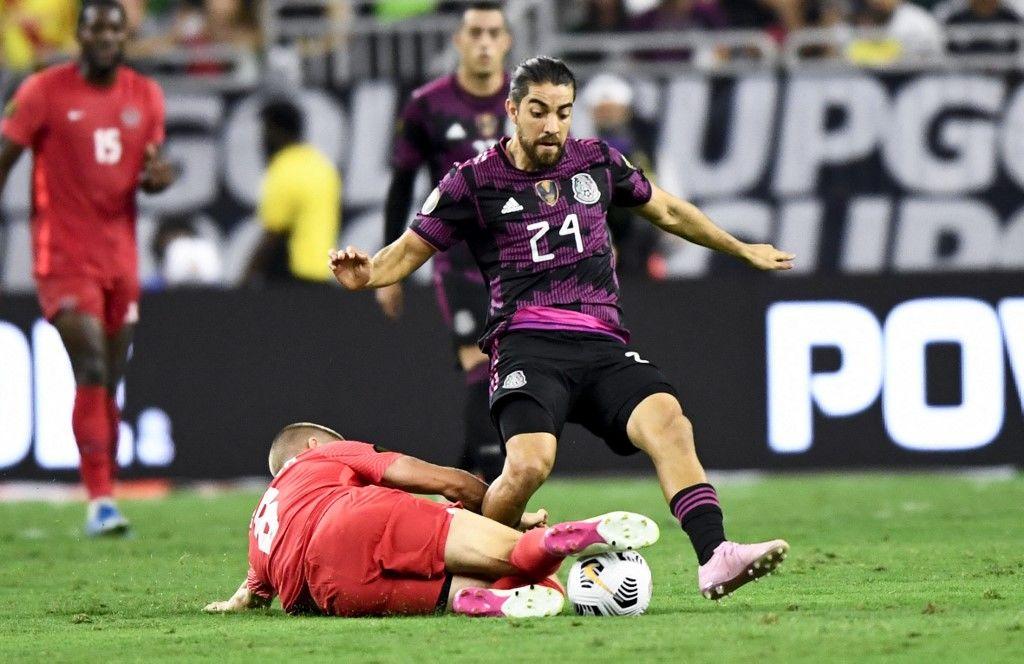 In the 99th minute, Hector Herrera found some open space in the box and blasted a left-footed shot past Canadian goalie Maxime Crepeau to cap a thrilling game that included some heated exchanges involving players from both teams.

Orbelin Pineda opened the scoring for Mexico with a penalty goal in the 45th minute. Pineda got Crepeau to guess wrong and hammered a shot into the wide-open side of the cage.

Canadian youngster Tajon Buchanan scored the prettiest goal of the match in the 57th minute to tie it 1-1. Buchanan, 22, ran down a loss pass on the left wing and moved in on Mexico defender Carlos Salcedo. He easily outmanoeuvred Salcedo then drove a hard shot between the Salcedo's legs to the far post that goalkeeper Alfredo Talavera had no chance of stopping.

The match was played in Houston but it might as well have been Mexico City with all the green, white and red colours worn by fans. Officials stopped the game briefly late in the second half after the Houston crowd began an offensive chant that echoed around the stadium.

Canada, who were trying to reach the final for the first time since 2000, were missing several key injured players, including Alphonso Davies and Cyle Larin