Arsene Wenger has admitted that he is looking for the challenge of managing again after spending some time away from the game, and how he has been following his club Arsenal from a distance in an exclusive interview with beIN SPORTS.

Wenger, 69 has been away from the game since leaving Arsenal at the end of the 2017-18 season has admitted that he is now yearning for a return to the sidelines, even contemplating an intermediate role in a club.

"I still cannot live today with the fact that I will never be on the bench again. I might go for an intermediate position. What I want for sure is to share what I know, and what I’ve learnt as much as I can in the game. I would like to experience one more time the intensity of the competition."

Asked on why he has taken an extended sabbatical from management, Wenger asserted that he needed the time away and that he was worried to move quickly back to a side and experience the intense pressures of football management.

"I enjoyed a bit to take a distance. I had a reluctance to go back into the heat again"

Wenger has been linked with a host of clubs since leaving Arsenal including AC Milan, PSG and Real Madrid although the French coach didn't want to reveal any details out of respect to their current coaches.

"It was difficult to say no to some people yes. Other people took the job and I don’t want them to feel they are the second choice."

Wenger has also been a pundit with beIN SPORTS last season, covering the Champions League Final alongside Jose Mourinho. Reflecting on his time with Arsenal, the French coach admitted that he didn't think he would be able to carry on after leaving the North London side. 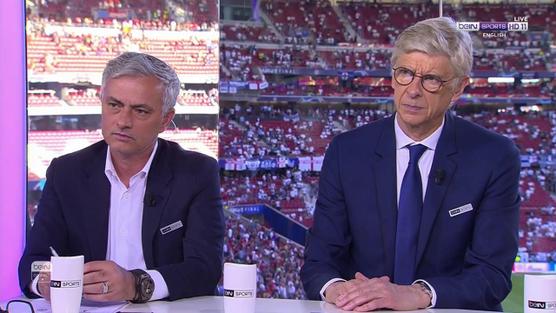 "The biggest lesson is when you have been such a long time in the game, I  never have felt that I would be able to live without Arsenal being disconnected from the club."

"I had to reinvent a new life. I had to take a distance by being positive. Sometimes you could become a bit bitter as you don’t have the same excitement anymore. I’m very happy to have survived in a very positive way."

After such an extended stint with Arsenal, Wenger also added that he was glad for his time in North London and that he is always following his former side from a respectful distance.

"I am conscious that 22 years is exceptional in life I was very lucky to guide this club for 22 years a touch of class as always.  Overall I must say I am happy to have discontented and seen a baby grow up from a distance and wish them well."

"I think I managed to do that as I feel somewhere that I gave my heart and my brain as much as I could when I was there. You have to accept that it’s like education children, you have to let them go their way and continue to be successful."

You can hear more from Arsene Wenger in the video above.