Jack Wilshere could be set for an England recall from Gareth Southgate, having re-established himself in the Arsenal set-up. The 26-year-old midfielder has not featured for the national team since the humiliating 2-1 defeat to Iceland in the last 16 of Euro 2016.

Southgate previously stated Wilshere, who spent last season on loan at Bournemouth and is yet to sign a new contract at Emirates Stadium to extend his stay beyond this campaign, would not be considered for a return until he was playing regularly at club level.

With Wilshere having started each of the Gunners' last nine Premier League games, the England manager offered some positive words ahead of the World Cup.

"It's a real plus to see him playing the way that he is and playing regularly. He's a player who nobody has ever questioned the quality that he has," Southgate told reporters at the draw for the UEFA Nations League.

"He had a really bad injury that he had to come over at Bournemouth last year it's no surprise that it took some time. But he looks sharp, he looks fit.

"He's playing regular midweek games as well. And that's great because we want our best players to be available and in good form."

Southgate admitted concerns regarding the goalkeeping department, Joe Hart having lost his place at West Ham to Adrian and Burnley's Tom Heaton out with a shoulder injury.

"It's not an ideal situation with a couple of guys who aren't in the team [for their clubs] and Tom Heaton who's injured," he said.

"This is one where we're going to have to monitor closely because ideally you want competition for places playing regularly and playing well.

"But also in some positions we don't have so many players playing. So, it's nice that you don't have to make decisions closer at the end of March." 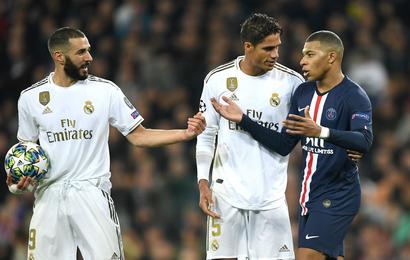 Mbappe not focused on Madrid links