When you look at the heavyweights at the football world, most of us will admit that Europe immediately hits the radar. Real Madrid, Barcelona, Bayern Munich, Juventus, Liverpool all amongst a vast array of clubs steeped in prestigious football history. Yet often overlooked and at times, forgotten, are the teams on the outer rim of the public gaze.

Yet it is on this day, 115 years ago, one of football’s true giants was born.

Club Atlético Boca Juniors was founded on April 3, 1905, by five Italian immigrants that lived in La Boca, Buenos Aires. Without even realising, this famous five wrote the first chapters in the story of Argentina’s most popular club.

Boca, played in Darsena Sur, located in La Boca, southeast Buenos Aires. For eight years, this newly formed behemoth plied their trade in the local league and the amateur second division, before being promoted to the first division in 1913.

It was in the professional game; Boca maintained the now-famous blue and yellow jersey. But how did that come about? The original kits were moulded from Juventus: white shirt with a thin black strip. But the club was inspired by the Swedish boat ‘Drottning Sophia’ that arrived at the port of Buenos Aires with a Swedish flag. The colours of the flag were adopted as the colours of the legendary kit we see today.

In 1939, Eduardo Sanchez Terrero became the club president. During his presidency, the Estadio Camilo Cichero, later known as Estadio Alberto J. Armando, was built and opened in 1940. The stadium would be overhauled two times in the following years to expand its capacity, and after a third tier was finalised it earned the nickname: La Bombonera. 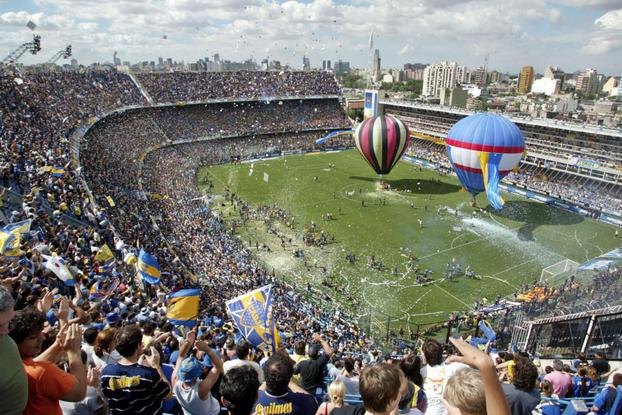 La Bombonera oozes magnificence and mystique. The stadium, which to this day has a capacity of 49,000, is renowned for vibrating when fans start to jump in rhythm. The 49 thousand capacity makes tickets hard to come by; more so when River Plate come.

River Plate is Boca’s historical cross-town arch-rival. The Boca-River Superclasico rivalry is one of the most thrilling derbies in the world. Out of their 338 previous meetings, Boca have won 126, River have won 107 and there have been 105 draws. Part of Buenos Aires culture now centres around this rivalry; after every match, street signs are covered to mock the losing side.

Over the past century, some of football’s greatest have graced the turf of La Bombonera in the blue and yellow of Boca Juniors. Claudio Cannigia, Gabriel Batistuta, Carlos Tevez, Juan Roman Riquelme are just some of the stars who have represented this footballing dynasty. None though, as famous or as loved, as Diego Maradona. 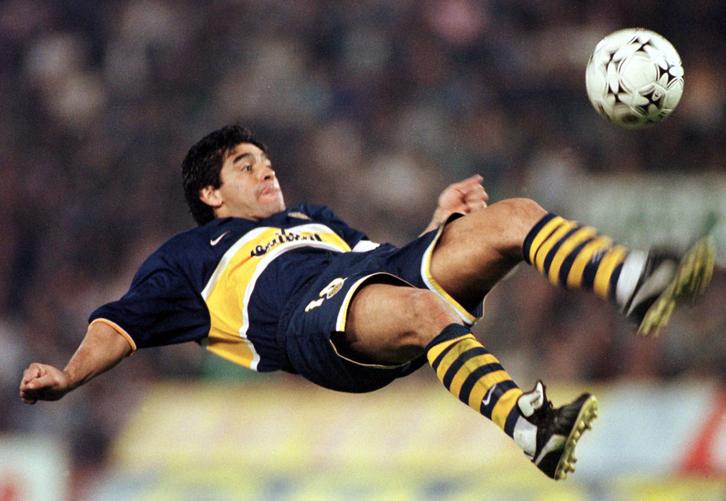 Maradona is a Boca Boy. Playing for the club on two separate occasions; the first between 1981-82 and the second between 1995-97 when he finally waved goodbye to his professional playing career.

And if his personal success wasn’t enough, those whom, live and breathe Boca Juniors will gaze in awe as the sustained success the club has enjoyed in his illustrious 115-year history.