Mario Balotelli showed potential suitors he has the attitude they might be looking for, delivering a positive update on being forced to train with Liverpool's second string.

Jurgen Klopp's first team squad is currently in California ahead of games against Chelsea, AC Milan and Roma in the United States.

Balotelli is not in the traveling party, with Klopp having confirmed that the Italy international does not feature in his plans for the upcoming season.

"Since he has been back here, he's been a good guy and I can't say anything different than that," Klopp said earlier this month. "There will be a club around who would be happy to have a new Mario Balotelli, if you like. I have spoken clearly to the player about that.

"It's now time to make decisions and I try to help Mario to get in the best shape he can be in and we will see what happens."

Balotelli did not feature for the club's Under-23 team as it beat Rhyl on Sunday, but shared an image on Instagram of him with Reds youngsters captioned: "Still working hard with reserve team. Top quality session today with top players. #respect"

A season on loan at Milan last term yielded just one Serie A goal in 20 outings, with his agent Mino Raiola, and new Italy boss Giampiero Ventura, highlighting the coming campaign's importance to the striker.

Raiola told Corriere dello Sport: "In life it is never too late. If you think Mario makes me despair, you are wrong because his life has improved a lot and now he only needs to have the right opportunity."

Ventura said when presented as Azzurri head coach: "When you consider the fact he didn't play at Milan, that Liverpool have abandoned him, it's clear that he's at a crossroads.

"Whenever Balotelli has shown that he wants to be a footballer, he has shown absolute quality. There's no prejudice, but it comes down to what happens on the pitch."

Next Burnley fan banned by club for racist abuse
Read 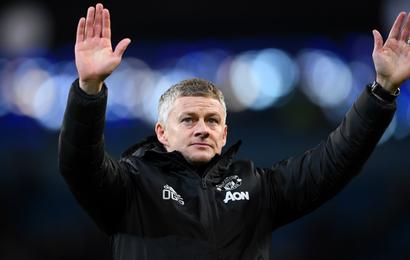