Liverpool have been linked with a host of BVB stars over the past few days, including Marco Reus, Pierre-Emerick Aubameyang and Ilkay Gundogan, but Rauball is confident Klopp will not undermine his standing at Westfalenstadion by raiding the club he coach between 2008 and 2015.

"Klopp is a very intelligent man and he won't destroy his own reputation in Dortmund by signing players from us," the current DFL president told Omnisport.

"No one in Dortmund will forget Klopp and no one will forget the great things he did for Borussia Dormund."

Klopp guided Dortmund to two Bundesliga titles during his seven-year spell and Liverpool are hopeful he can make a similar impact at Anfield.

Rauball has little doubt Klopp can achieve just that and does not think the pressure will cause the ex-Dortmund coach any problems.

"The fans in Liverpool are really ambitious and they want to see great football and they aim to rank among the top four. So the expectations are high.

"But Klopp knows that and he made a very good case for himself on his first day at Liverpool. He said that he feels very comfortable in Liverpool like he did it at Borussia Dortmund and so it could be a really great story for Liverpool and Kopp.

"Klopp's move to Liverpool is great. I know Jurgen very well since he managed Borussia Dortmund and so it is not surprising to me that he has already captured everybody's heart around Liverpool.

"He has won the hearts of Borussia Dortmund's fans during his time there and now he does exactly the same at Liverpool." 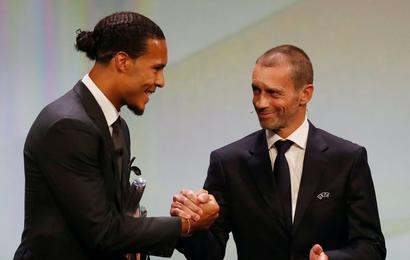