Sunday will see a host of big games take place across Europe and with beIN SPORTS you will be able to see all the action live & Exclusively via beIN CONNECT.

Arsenal takes on Man City at Wembley in the Carabao Cup final on Sunday afternoon in the first trophy up for grabs in the domestic season. Arsene Wenger has never won the League cup during his tenure as Arsenal boss and the opportunity to lift the Carabao cup could revive a faltering season for the Gunners.

As for Man City, they are fresh from a shock 1-0 defeat to League one side Wigan in the FA Cup a result which put the kibosh on any talk of a quadruple for the Citizens. Despite winning  21 titles with both Barcelona & Bayern Munich Pep Guardiola is looking to lift his first cup in England. The Spanish coach will certainly be confident that his league-leading side can do the business against Arsenal.

It’s third versus fourth in the Premier League when Manchester United welcome Chelsea to Old Trafford. The pregame focus has between the two managers Jose Mourinho and Antonio Conte who have traded insults in past. Whilst both coaches have moved to cool down any bad blood between each other this week, with Conte insisting that the war of words between the coaches had firmly “stopped”.

The tie at Old Trafford has the potential to blow up between the two feisty tacticians. Another interesting subplot to the match will be the fate of United midfielder Paul Pogba. After being benched midweek against Sevilla, United’s record signing has failed to impress Mourinho with his work rate. Pogba is likely to return to the starting lineup following an injury to Ander Herrera, a big performance from the midfielder will be needed if the Frenchman is to get back into Mourinho’s good books.

Over in Seria A and the headline match of the weekend will see an in-form AC Milan side take on Champions League-chasing Roma at the Stadio Olimpico. Gennaro Gattuso has overseen an upturn in form for the Rossoneri since taking charge in November, with Milan now undefeated in eleven games in all competitions.

Now heading to fourth-placed Roma will be a real test of their credentials and any potential hopes of salvaging their season and breaking into the European places. As for Roma they have just won three of their last eleven games in all competitions and will be in desperate need of a win to bolster their campaign. In Cengiz Under the Giallorossi have one of the most in-form strikers in European football at the minute who has bagged five goals in his last four appearances.

One of the biggest derbies in European football takes place in Paris when PSG take on rivals Marseille in Le Classique. The Parisians have a commanding eleven point lead at the top of the Ligue 1 table, but that doesn’t mean that Marseille can’t pull off an upset.

Last time the two sides met, the ten men of PSG needed a last-minute equalizer from Edison Cavani to rescue a 2-2 draw. A match in which star signing Neymar saw red. In the league Unai Emery’s side has been in blistering form, only losing once in the league so far this campaign and will be confident that they can dispatch their rivals.

Next No scorpion kick for Ospina as he relishes Wembley
Read 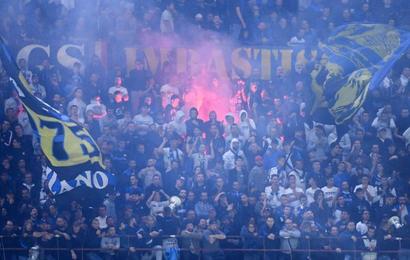 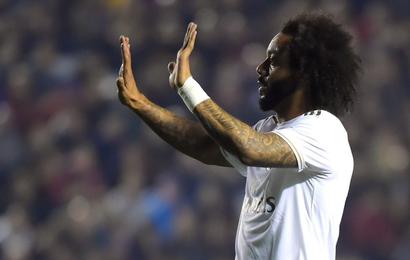