The best teams in football aren't always the coolest. Why are some clubs given more 'cult' status than others? We take a look at some of the sides to have captured the imaginations of neutrals in recent years.

Athletic Bilbao is truly a club like no other. Hailing from the de-facto capital of the Basque Country, an autonomous community in northern Spain, the club employs a Basque-only policy when it comes to their players. Essentially, one has to be native to or have trained football in the Greater Basque Country – an area of roughly three million inhabitants.

Identity plays a key role in what generates cult status amongst football sides. When looking at other venerated sides across the world, intangibles such as pride and endeavour are what make capture the hearts of fans. Athletic Bilbao’s possess this in abundance.

Having adopted the Basque only policy since 1912, Athletic have yet managed to produce a rich history of icons; Rafael Pichichi (of whom the La Liga top scorer award is named), Andoni ‘Butcher of Bilbao’ Goikoetxea, 1998 World Cup Winner, Bixente Lizarazu and most recently 2010 World Cup winners, Fernando Llorente and Javi Martinez have all played in the famous red and white stripes.

With their eighth and final La Liga title coming back in 1984, Athletic have had endured mixed fortunes since. Coach Luis Fernandez led the club to second place and UEFA Champions League qualification in 1998 which remains their highest finish since.

Yet in 2007, the club finished in seventeenth place with 40 points, thus escaping relegation by a single point. Needless to say, it was the worst campaign in their history. 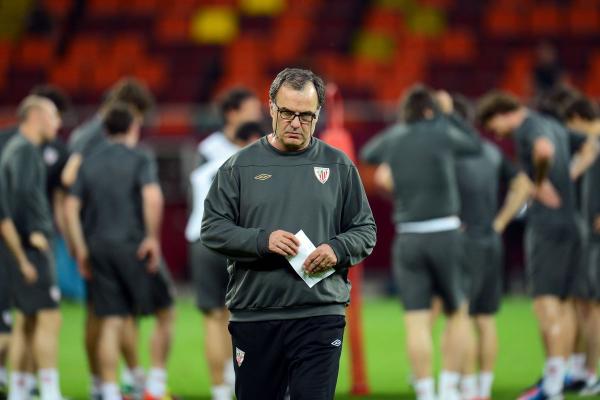 When Argentinian Coach, Marcelo Bielsa took over in 2011/12 – he was greeted with fanfare. For not only did ‘Los Leones’ now have a coach who was one of the tactical pioneers of his generation, but they also had a coach who had his own philosophy, who didn’t bend to the will of others – an ideology in alignment with that of Athletic’s.

Bielsa inherited a talented team that lacked direction. A Basque side boasting the promising spine of Mikel San Jose, Javi Martinez, Markel Susaeta, Iker Muniain and Fernando Llorente was complemented with the canny addition of Ander Herrera from Real Zaragoza,

However, as is often the case with a ‘Bielsa Side’, it took time for his players to get to grips with his demands. Their start in La Liga was their worst in 32 years – his first five matches would garner just two points, they needed a catalyst.

The Basque derby would prove to be the spark, where a 2-1 victory courtesy of a Llorente brace would help Bielsa’s side gain some league momentum. It was a performance full of buzz and energy – tenets which prior to Bielsa’s arrival were perhaps not associated with this Athletic side.

He went onto hone the Basque side into an attractive footballing unit, rivalled only by Jose Mourinho and Pep Guardiola’s respective Real and Barca sides.

Their most impressive exploits in the 2011-12 season undoubtedly came in Europa League where they topped their group alongside teams such as Red Bull Salzburg, Paris Saint-Germain and Slovan Bratislava.

Most famously, they knocked Sir Alex Ferguson’s Manchester United side out of the competition with an aggregate scoreline of 5-3. There was little mitigation for the Scot as his strong United side were out pressed and outfought, led by Ander Herrera, the dynamo in the middle of the park. So impressed was Ferguson with Athletic Bilbao that he tipped them to go on and lift the Europa League.

They did end up reaching the final, facing Diego Simeone’s Atletico Madrid side, but by that time – the young side was starting to toil. Going into the match as favourites, they capitulated on the grandest stage as Radamel Falcao scored two goals in the first half before Brazilian Diego added a third late on in the game. The heartbreak for Bielsa and his band of Basque Lions was compounded two weeks later as his side lost 4-1 to Guardiola’s Barcelona in the Copa Del Rey final.

Two final defeats and a tenth place La Liga finish do not read well, but this had been Athletic’s best campaign since the ’80s. They’d played with a clear identity not seen in recent years and captivated the imagination of the nation and neutrals alike with their Basque passion and gladiatorial spirit. 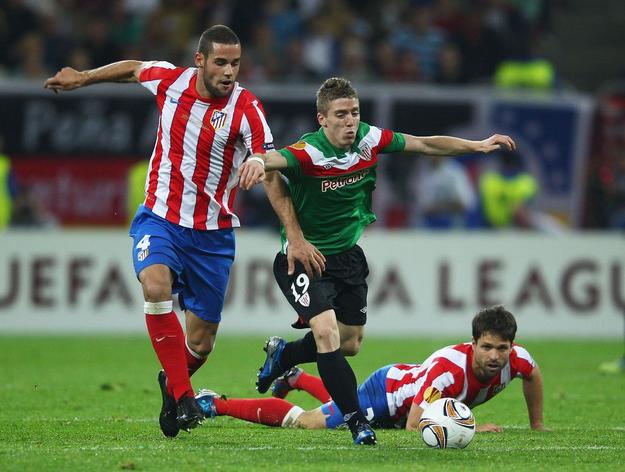 No doubt a disappointing season with nothing for the fans to celebrate, there were at least some crumbs of comfort in witnessing some iconic football with a manager who understood their identity. Bielsa’s two years may have had plenty of ups and downs, but his time at San Mames allowed Los Leones to get back their roar.

AFCON in 2023 pushed back six months

Tottenham completed the signing of Richarlison