Jose Enrique expects Liverpool great Steven Gerrard to manage the Reds one day but suggests it would be a tough ask to replace Jurgen Klopp.

Gerrard, who played alongside Jose Enrique at Anfield, is making impressive initial strides in his coaching career, leading Rangers to the top of the Scottish Premiership, on course to end Celtic's dominance of the division.

But having won nine trophies with his boyhood club as a player, including the Champions League, a return to Liverpool has long been mooted.

The Reds are reigning Premier League champions under Klopp and in a title race again this year, trailing rivals Manchester United by three points at the summit ahead of the sides' clash on Sunday.

So, while Jose Enrique anticipates Gerrard will take the helm, he sees no swift appointment and predicts succeeding Klopp will be difficult.

"Definitely, he will be [manager]," the former left-back told Stats Perform News. "I believe everyone knows that. I'm not sure when.

"But that's always different; I'm talking to you in an interview, but many Liverpool fans have this question.

"I always say, 'Listen, enjoy Klopp first, because we have so much good with him'. But Steven will become manager.

"I'm not sure, to be honest, if it's the best decision to be after Klopp. I'm not sure about that.

"Klopp, we don't know when he's going to retire from Liverpool and hopefully with many more titles, so going after someone like that, even if you're Steven Gerrard, is not easy.

"But it's true he is already doing really well in a big team in Scotland, because Celtic have been the king in Scotland for a really long time, but he's taken over now and is probably going to win the league. In Europe, he's doing well as well.

"So, from what I know – and I don't know him as a manager but as a man – I'm sure the players will be really happy with him and he was a great captain.

"It is a different role, but I'm sure he would have that inside him to be the manager and captain at the same time for the team, and you are seeing that at Rangers.

"He doesn't care, he will put the best to play and he will be the manager in the future."

Next Union down Leverkusen to climb to fourth
Read 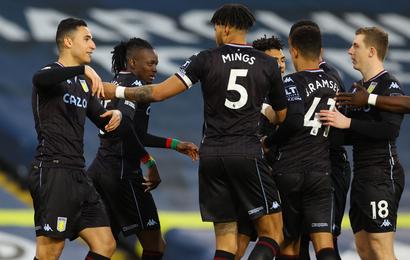