With Euro 2020 now moved to the summer of 2021, we have decided to take a look at five sides who could go all the way at the pan-continental tournament.

France head into the European Championships as one of the favourites. , Didier Deschamps' side has not changed much since their World Cup success in Russia in 2018.

Kylian Mbappe will be the driving force behind their chances, with Antoine Griezmann for support. France secured the international double in 1998 and 2000. Deschamps was captain for those tournaments and will lead by example next year.

France starts its campaign in the group of death, which includes Germany and Portugal. All three could qualify, but one will most likely drop out. If France wins the European Championships, Les Bleus will move level with Germany and Spain on three titles. 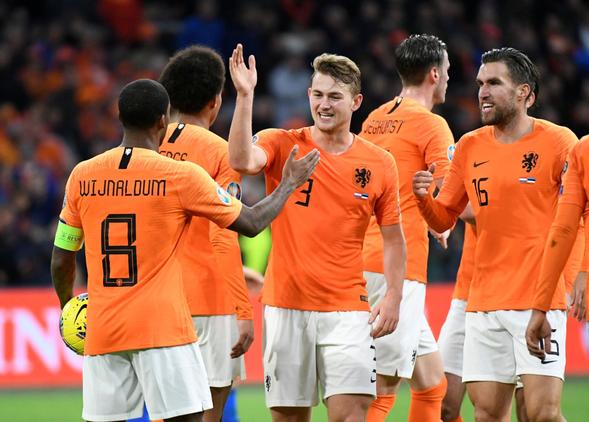 The Netherlands have failed to qualify for the last two tournaments and are undergoing a successful transformation.

Runners-up in the inaugural UEFA Nations League, the Dutch head into the championships as one of the favourites and as a host nation too. The Oranje features a healthy spine to their team, featuring the likes of Virgil van Dijk, Matthijs de Ligt, Frenkie de Jong and Luuk de Jong.

It is a young and vibrant team - with many similarities to the side of the late 1990s. The Netherlands finished runners-up in their qualifying group. The Dutch do have a history in the competition having won the title in 1988. Marco van Basten scored a wonder goal in their 2-0 win over the Soviet Union in Germany.

England
It was a World Cup to remember for Gareth Southgate's team in Russia; they reached their first semi-final appearance since 1990. England's recent history in the European Championships is one of disappointment.

A loss to Iceland in the 2016 finals shows just how far England have come. One significant advantage for them as they look to secure their first title is that they will play their group games at Wembley Stadium in London.

Critically for their chances, the semi-finals and final will also take place there. Harry Kane will lead the line for the English. As group winners from their qualifying group, England are genuine Championship contenders.

A talented squad, who once like Spain, are becoming the bridesmaids of international football. Roberto Martinez's team has talent in abundance and world-class players in almost every position.

Semi-finalists from the last World Cup, the Red Devils could easily have beaten France in Saint-Petersburg. Now without their talismanic captain, Vincent Kompany, Belgium's golden generation remains but time is running out.

The pressure will increase on the likes of Eden Hazard and Kevin de Bruyne as they go in search of a maiden international crown. Winners of their qualifying group, Belgium are predicted to go very far in the competition but are not a host nation, much to Martinez's frustration.

Portugal's name is on the Henri Delaunay trophy for the first time!#EURO2016 @selecaoportugal #POR pic.twitter.com/KRN9v5EpT8

Defending champions and winners of the inaugural Nations League – Portugal have experienced an incredible recent history of international football. Despite a poor showing in the World Cup, Fernando Santos is still at the helm and continues to build a team centred around one of the greatest players' the world has ever seen.

Cristiano Ronaldo is no longer the teenager he once was when he helped Portugal to the Euro 2004 Final on home soil. When he takes centre stage next year, he will once again become the key to their chances. With Germany and France in their group – it could go right down to the wire. If they negotiate that – Portugal could go all the way.