Chelsea will be looking to build on their 7-0 thrashing of Norwich when they welcome Southampton to Stamford Bridge on Tuesday night. As ever you will be able to watch the action on beIN SPORTS 1 EN.

The Blues emphatically thumped rock-bottom Norwich at the weekend to stay at the top of the Premier League table. Despite being without strikers Timo Werner and Romalu Lukaku Chelsea looked imperious as Mason Mount hit a hat-trick in the win.

Now Thomas Tuchel will turn his attentions to the League Cup, a contest against Southampton which comes in the middle of a relatively gentle stretch of games. Despite being without his two main strikers, Tuchel will be looking to win the league cup for the Blues for the time since the 2014-15 season.

In team news, expect wholesale changes with Malang Sarr, Kepa Arrizabalaga, Marcos Alonso, Hakim Ziyech, Ruben Loftus-Cheek and Saul Niguez all expected to play a part in the contest. Kai Havertz is widely expected to reprise his role as a false nine. 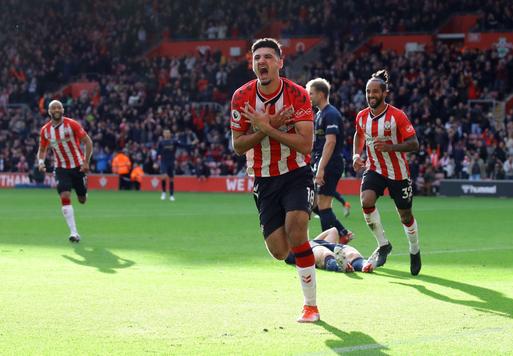 As for Southampton, they will be looking to avoid a repeat of the 3-1 defeat they endured when they last visited Chelsea in the Premier League. Last time out in the league the Saints shared the points with Burnley in a 2-2 draw. Lately Ralph Hassanhuttl’s side has picked up four points from their last two league games and will be looking to continue their good run of form.

Southampton have never won the league cup, but did reach the final back in 2017 but lost out following a 3-2 defeat to Manchester United.

In team news, Che Adams, Lyanco, Yan Valery and Nathan Tella are in line to take part in the contest. Stuart Armstrong came off the bench at the weekend the Scottish international could start at Stamford Bridge. One key player missing for the Saints will be James Ward-Prowse who is suspended for the game.

It promises to be a fascinating clash as Chelsea take on Southampton. Catch the match with beIN SPORTS.