Daley Blind says Manchester United will do everything they can to beat Crystal Palace in Saturday's FA Cup final as they look to end the season on a high.

United last won the FA Cup in 2004 and Blind is adamant they cannot afford to miss out on an opportunity to add more silverware to their trophy cabinet after another largely underwhelming campaign under Louis van Gaal.

"If you play for a club like United, you want to play at the highest level, challenge for trophies and win trophies," Blind told United's official website.

"It's something we can win and we will fight for it. It's close to our hands and now we have to grab it.

"You see how happy we were and how we celebrated with the fans after the goal from Anthony [Martial] against Everton in the semi-final.

"It was an amazing feeling to have a moment like that with the crowd that I never had before with the fans so close. It was very special. There are no words needed, the pictures say it all.

"You can never underestimate a team in a final, especially an FA Cup final, anything can happen. So we have to make sure we are on top form and at our best and prepare well to win the game."

Next United needs to win the cup
Read 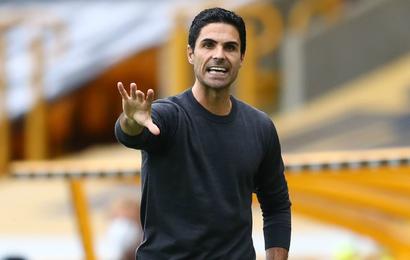