The design for the seventh stadium for Qatar 2022 has been announced by the Supreme Committee of Delivery and Legacy (SC).
The 40,000 seater Ras Abu Aboud Stadium is set to be the first ever modular World Cup stadium, which falls in line with the legacy plans of the 2022 World Cup organisers. The whole stadium will be built using modular building blocks, each containing removable seats, concession stands, lavatories and other fundamental stadium elements. Work has already begun on the site, and the venue will hold matches up till the Quarter Final stages of the 2022 World Cup

Speaking on the launch SC Secretary General H.E. Hassan Al Thawadi revealed that the focus on suitability and innovation was crucial in the designs of the Ras Abu Aboud Stadium. “Innovation has always been central to our plans for delivering a historic FIFA World Cup that leaves a legacy for Qatar and the world, and there is no better example of this than the design of Ras Abu Aboud Stadium.”

“This venue offers the perfect legacy, capable of being reassembled in a new location in its entirety or built into numerous small sports and cultural venues. I’m delighted with this design and confident that Ras Abu Aboud will become a blueprint for future mega-event planners to follow” added the Secretary General. 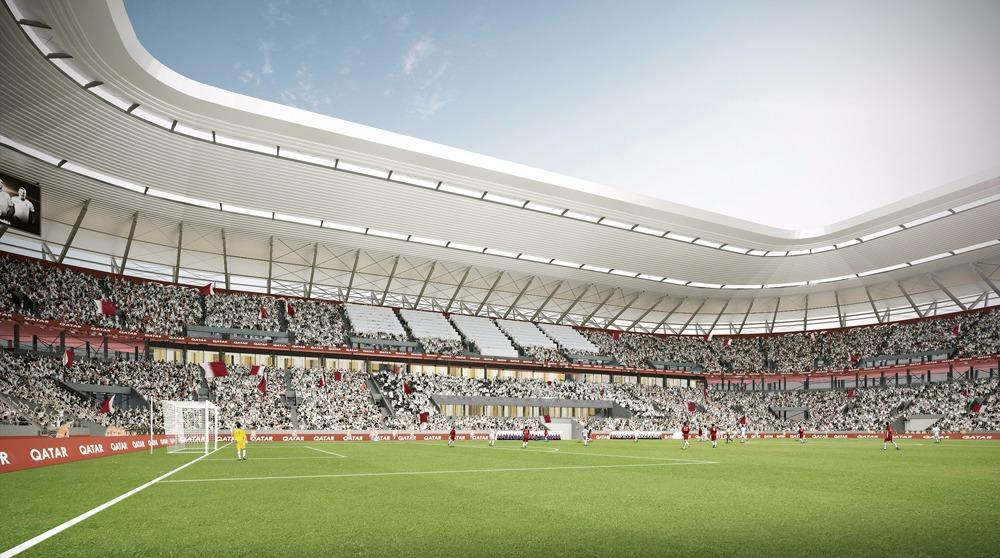 This is the seventh design released for the 2022 competition. Along with Ras Abu Aboud designs have been revealed for six other venues in Al Khor, Al Rayyan, Al Thumama, Al Wakrah, Qatar Foundation, Lusail and the already renovated Khalifa International Stadium.  Whilst the design and location for the eighth and final 2022 World Cup stadium have yet to be revealed.

Sustainability has been a cornerstone of the Supreme Committees vision since bidding for the World Cup. Part of their initial plans was to deliver a stadium that could be potentially shipped to another country and used for other sporting events. With Ras Abu Aboud they now have a stadium with a modular design which can be reused and rebuilt, delivering on their legacy commitment.

One of the key elements to Ras Abu Aboud stadium’s design will be the use of shipping containers as one of the main building blocks for the venue. This is also a nod to the nearby Doha port and a vital component in creating the sustainable stadium which can be reused again around the world. The venue will also boast strong transport links with the Doha metro system and be just 1.5 KM away from Hamad International Airport.

The design of the stadium was envisioned by Fenwick Iribarren Architects (FI-A) who have previously designed the Casablanca Football Stadium in Morocco, Norway’s new National Stadium and the Qatar Foundation Stadium which will be a venue for the 2022 competition. 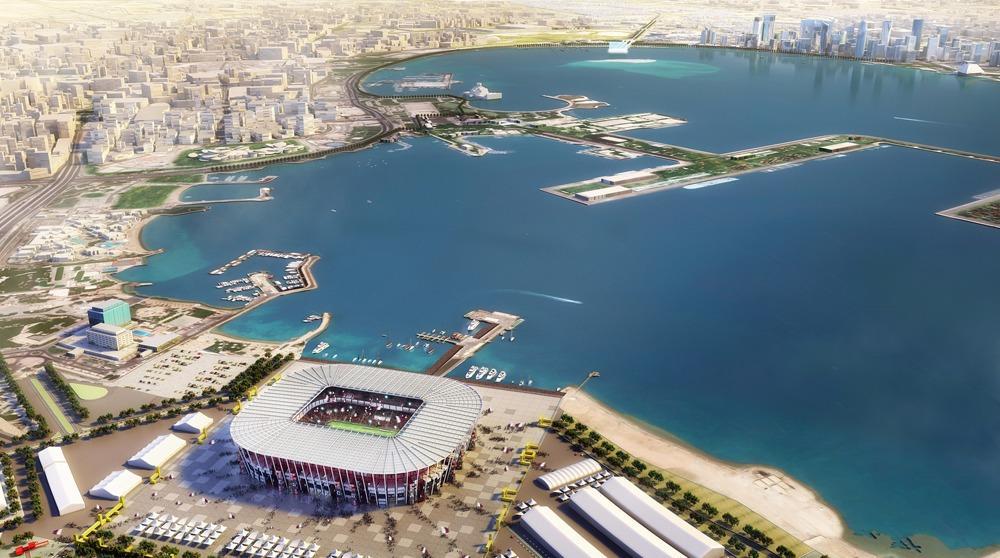 So far seven stadiums have been revealed for the Qatar 2022 World Cup. All of the designs and latest images are below.

The first stadium which is ready for the World Cup in Qatar, Khalifa International  Stadium was opened in May 2017. 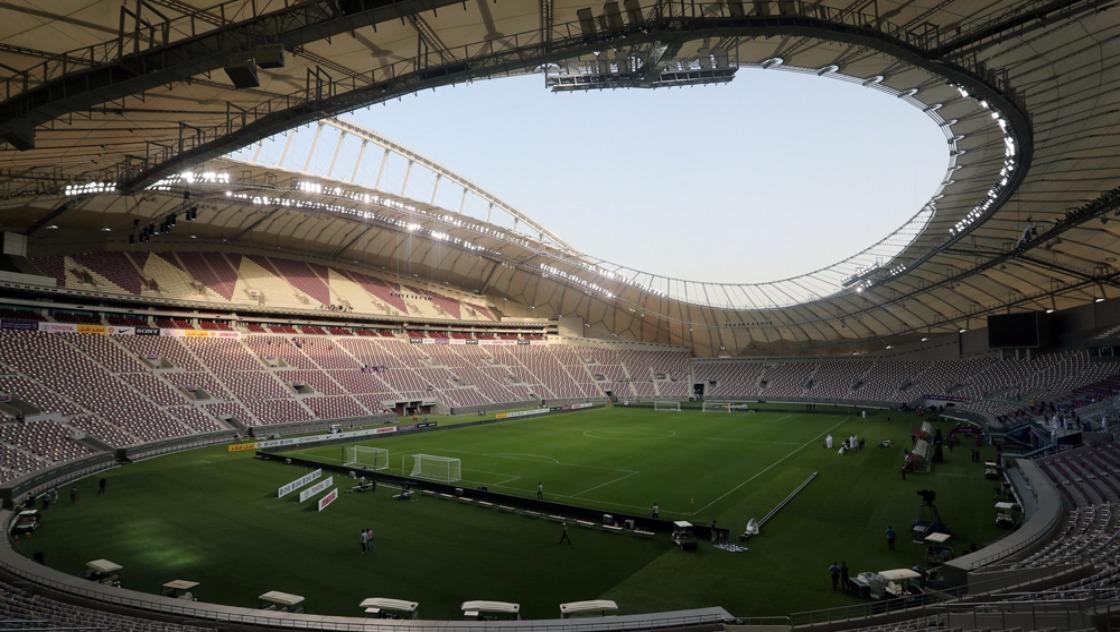 Qatar Foundation Stadium is located in the heart of education city in Doha. The stadium will be reduced to 25,000 after the World Cup with 15,000 seats being donated for stadiums in developing countries. 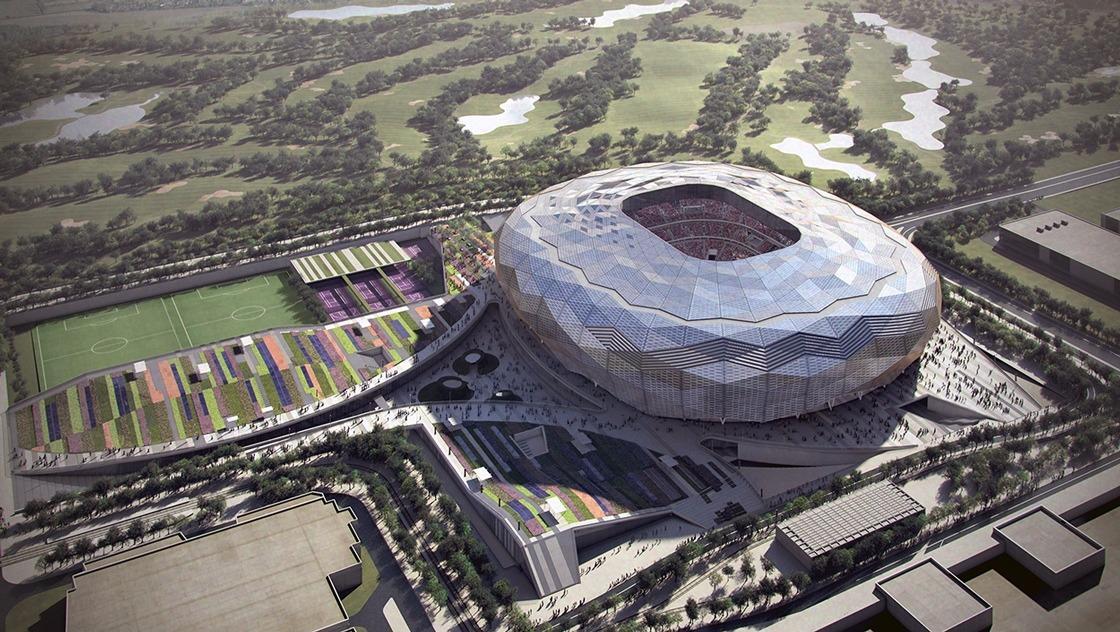 The stadium is located in Wakrah, just south of Doha. The pearl inspired design was created by world famous architect Zaha Hadid. 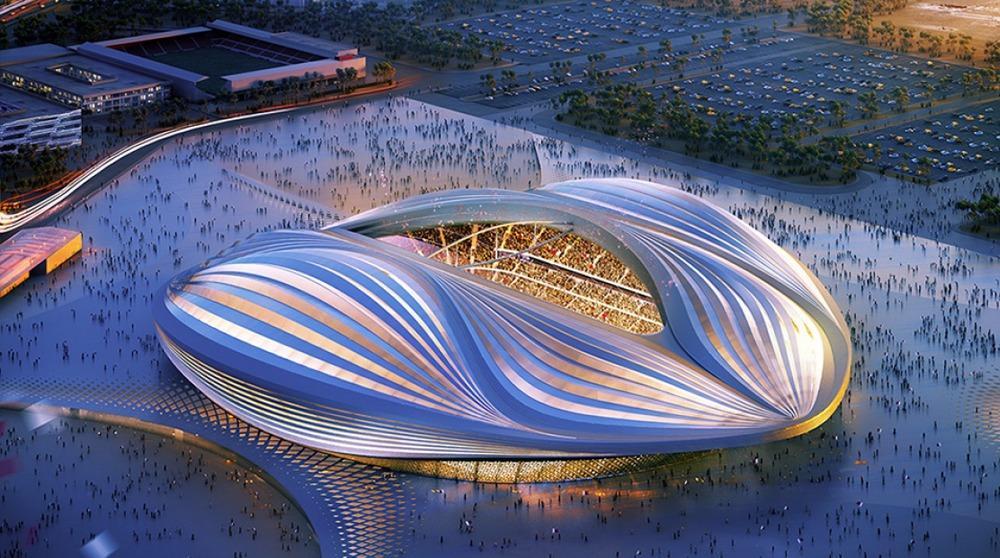 The revamped 40,000 seater stadium is home to local side Al Rayyan, one of the most successful sides in Qatar. The design for Al Thumama has been inspired by the gahfiya – a traditional woven cap worn by men across the Arab world. 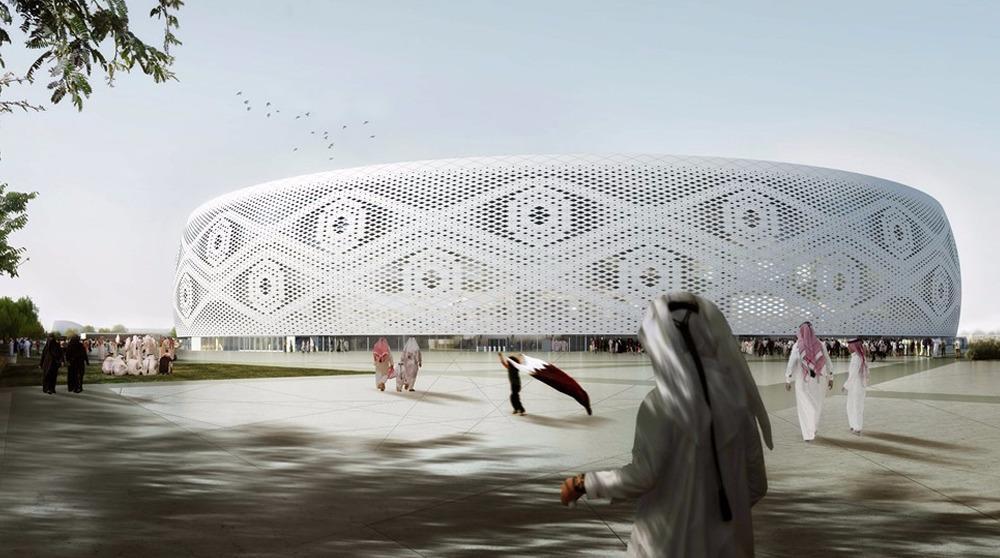 A giant tent structure will cover this whole stadium in the northern city of Al Khor. The 60,000 venue will host matches right until the semi-finals of the 2022 tournament.