Copa Libertadores champions Flamengo head to the Club World Cup with destiny on their side. The Brazilian giants have enjoyed a stellar year under the tutelage of Portuguese boss Jorge Jesus, winning a first league title in ten years and ending a thirty-eight-year wait to lift a second continental crown.

Over 20,000 fans are expected to make the mammoth 11,509 km journey from Rio to Doha, and beIN SPORTS sat down with three fans to talk about the influence of Jorge Jesus, his winning mentality and how fate will play a decisive role in reaching the final.

Central to the upturn in the Rubro-Negro’s upturn in fortunes was the capture of several experienced Brazilian stars who were coming to the end of their careers. The likes of Rafinha and Filipe Luís joined and for Joao Bacha this has been vital for the team.

“They are players that come back from Europe. They have European experience and it was easier to train them.”

“He has taken the team to the next level, he has brought back the intensity that is a characteristic of Flamengo, always winning no matter what.” 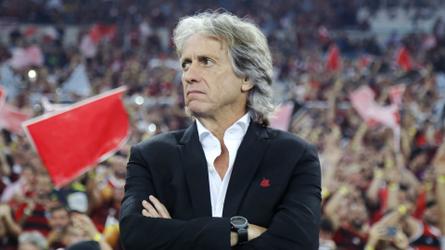 This win at all costs mentally and a desire not to put the foot off the throttle has been instrumental in Flamengo sweeping to the Brazilain league title, something for Alexandre Sales believes is from Jorge Jesus projecting this winning mentality onto his squad from the side of the pitch.

“He changed the mindset of the players so they could continue to keep pressing to kill off the opponent.”

“We used to laugh about it, Flamengo is winning 4-0 but Jesus is still being intense all the time, that will to win and get even more go is so important for the side.”

This contest will be one to savour for Jorge Jesus, who briefly managed Hilal for six months, winning sixteen of the twenty games he took charge of before a disagreement with club management saw him tender his resignation. Hilal’s loss was seemingly Flamengo’s gain who have excelled under the 65-year old Portuguese coach.

“He knows how to beat Al Hilal and he knows the weaknesses of the side so that can help us.” Explains Bruno Silveira.

Thoughts naturally turn to the final on the 21st of December, with Liverpool possible opponents in the final which would be a rematch of the 1981 Intercontinental Cup, which Flamengo comprehensively won 3-0.

For Joao Bacha, he believes fate has a major role to play in his side going all the way again.

“We are always thinking about the final, as Jesus said if you are Flamengo you always think about the final and reaching it. There are so many little moments of coincident, like the Libertadores final the same date 38 years ago winning it, and all those things make us fans thinks we can win it.”

“This has been a perfect year for us, the Club World Cup is a dream come true. We played Liverpool thirty years ago, and we think we can repeat history.”

“Jorge Jesus is the leader of this side, and he is capable of winning this Club World Cup for us” jokes Alexandre Sales. Based on this dream season, you wouldn’t be surprised if Flamengo booked their place in the final come Tuesday evening. 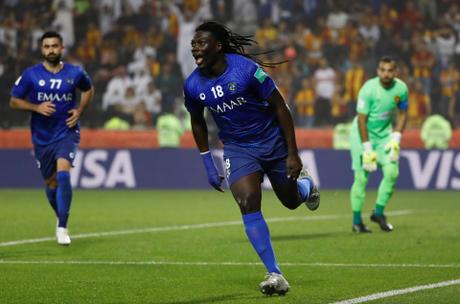 As for Al Hilal, they are relishing their debut at the Club World Cup, and have already navigated a quarter-final against Espérance Sportive de Tunis to reach the semi-final. For Barrak Al Rashidi who made the journey, he believes that his side has plenty of big names to trouble their semi-final opponents.

“We are here because we are champions of Asia and we have a talented team, with Sebastian Giovinco, Andre Carillo from Peru, Batafimi Gomes and Salam Al Dosari. I think that we have good players who on their day can get the better of Flamengo.”

Whilst the presence of Jesus on the sideline, will be an issue for Al Hilal, but Al Rashidi did admit that he is dreaming of a final against the European champions.

“It’s a difficult game as there are great players on both sides. Jorge Jesus knows Hilal well, so you know it will be a challenge. This is our first time in our competition and I think it would be good if we could reach the final for the first time.”

Whilst there is only one player that Hilal fans are fearful of should they reach the final.  “The whole world is watching. Mohammed Salah is a big draw, and everyone in the Arab world is supporting him, so I would love to see Hilal take on Liverpool in the final.”