Shrewsbury is plotting to pull off an upset against runaway league leaders Liverpool when the two sides meet in their fourth-round replay at Anfield on Tuesday evening.

Jurgen Klopp revealed straight after the 2-2 draw against the league one side, that Liverpool would be respecting the Premier League winter break and fielding a U23 side lead by Neil Critchley. Klopp immediately stirred up controversy with the decision, with some sections of the media accusing the German of disrespecting the oldest cup competition in world football.

Still, most fans can understand Liverpool’s stance in resting their squad, especially after a run of games over December and January that has seen the Reds win the Club World Cup in Qatar and open up a 22 point lead at the top of the table. Only six victories are needed for Liverpool to claim the Premier League in record time, and with the Champions League coming up perhaps the time is right to rest the first-team squad.

Regardless of the result on Tuesday evening, there will be plenty of debate on if Klopp did the right thing. Especially when he was forced to field a U23 side in the Quarter-finals of the League Cup whilst in Doha it ended in a 5-0 defeat to Aston Villa.

In team news, Curtis Jones will be the first name on the team-sheet for Liverpool fresh from scoring against Everton and Shrewsbury. The likes of Harvey Elliott, Ki-Jana Hoever and Sepp van den Berg should all play a part in the game. 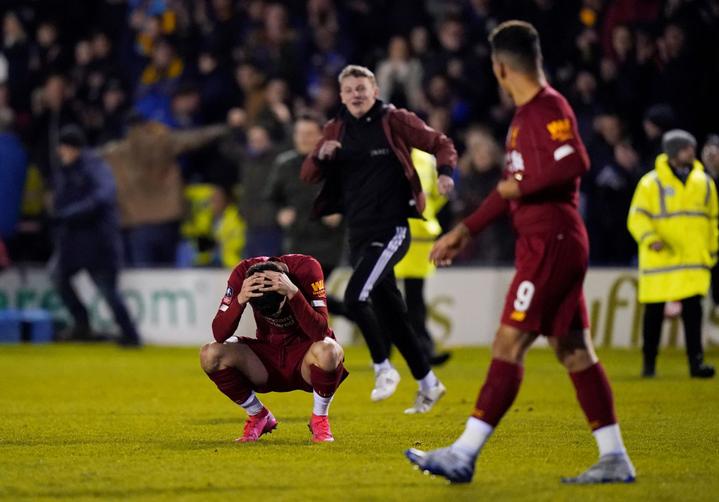 As for Shrewsbury, they produced a second-half fightback thanks to two goals from substitute Jason Cummings to secure the replay. Sam Rickett’s side is currently in sixteenth place in league one will come into the contest not quite sure what to expect from the Liverpool U23 side. Still, the motivation is there to dump out the league leaders and earn some money with a trip to Chelsea in the fifth round. After knocking out Bristol City during their FA Cup run, Shrewsbury has to believe that they can get the better of a youthful Liverpool side.

Taking on any Liverpool team under the lights at Anfield will prove to be a stern test for any side, and Shrewsbury will be backed by vocal travelling support, eager to make the most of their short trip to Liverpool. Worryingly for the League One side, they head into the game on a particularly poor run of form, having lost back to back games away to Gillingham and Rochdale.

In team news. Jason Cummings is likely to start after his goalscoring heroics in the previous encounter between the two sides. Rickett’s should hand Brad Walker in addition to Aaron Pierre starts. January signing Sam Hart could also be pushing for a place on the bench.

Shrewsbury will be looking to upset the odds against Liverpool, with a match against Chelsea in the fifth round on the line. Follow all the action with from the FA Cup beIN SPORTS.