Sebastian Vettel took full advantage of Lewis Hamilton's hydraulic problems as he secured a fifth pole of the Formula One season in dramatic style at the German Grand Prix.

Hamilton was a surprise early casualty at Hockenheim as his Mercedes lost power at the end of Q1, the Briton unable to make it back to the pits.

That meant the world champion will only start 14th while championship leader Vettel will set off from the front, offering him a great chance to increase his eight-point advantage over Hamilton on Sunday.

Vettel had seen Ferrari team-mate Kimi Raikkonen and Valtteri Bottas top the first two qualifying sessions, but when it really mattered it was the German who shone.

He quickly went three tenths faster than Raikkonen but found himself behind Bottas in the closing seconds as the Finn set a blistering pace that left Toto Wolff aghast in the pits.

A second pole of the season was not to be for the Mercedes man, though, as Vettel turned on the style to snatch top spot with a new lap record – the German stopping the clock at 1:11.212.

"I felt in Q1 that the car could do it and sometimes you just know," he said in a post-session interview on track.

"It [the car] just kept getting better and better, and I knew on the last lap I knew had a bit extra in me, and I was able to squeeze everything out. I'm very happy."

Bottas and Raikkonen complete the top three, with Max Verstappen taking his place alongside the latter on the second row. His Red Bull team-mate Daniel Ricciardo qualified 15th but will start at the back of the grid due to a raft of penalties. 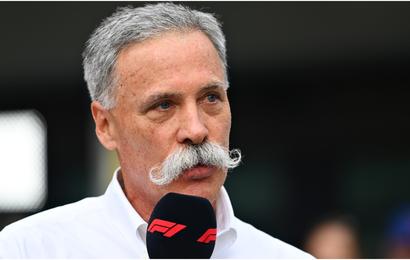 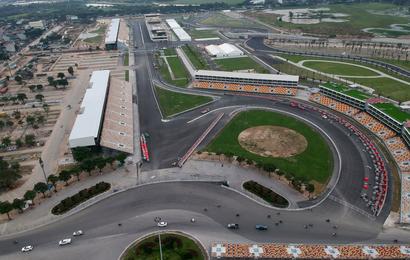