Max Verstappen was given a three-place grid penalty and stripped of pole position at the Mexican Grand Prix late Saturday after race stewards ruled he failed to slow for a yellow flag following a dramatic crash which saw Valtteri Bottas bury his Mercedes into a trackside barrier.

The Red Bull driver's penalty means that Charles Leclerc of Ferrari was promoted to pole position ahead of team-mate Sebastian Vettel with world champion-elect Lewis Hamilton moved up to third from fourth.

The Dutchman, who will start on the second row alongside Hamilton, was also handed two penalty points on his licence after dismissing concerns for the sport's regulations during a news conference.

Verstappen, the winner in Mexico in 2017 and 2018, was on provisional pole when Bottas crashed heavily in his Mercedes at the final corner of his last run in Q3.

He had no need to improve his lap time, as his rivals had failed to beat his first attempt, but sped on.

He told reporters that he saw Bottas's crashed car at the final corner and did not back off, thus setting a new record fastest lap as he improved.

Verstappen, the author of his own downfall, said: "I think we know what we are doing otherwise we wouldn't be driving an F1 car.

The stewards said Verstappen had "admitted that he was aware that car 77 (Bottas) crashed and did see the car on the left hand side of the track, but was not aware of the waved yellow flag."

"He admitted not reducing his speed in the yellow sector," the stewards added.

"Taking into account all the available evidence and the statement from the driver the stewards impose a drop of three grid positions and two penalty points."

Red Bull boss Christian Horner said it was "a great shame" that the flamboyant Verstappen had been penalised.

"It is a great shame that Max has lost pole position."

"I knew that I had to risk it in the last run to gain positions, so I tried to squeeze everything out of the car," said Bottas.

"The lap was good until the last corner where I went a bit wide on the exit on the dusty part of the track and that's where I lost it and hit the wall.

"I'm all okay, but I've unfortunately given the boys in the garage some extra work to do tonight. Hopefully we can avoid taking any penalties for tomorrow. It's annoying because looking at the times, I think I had a chance at qualifying third."

Mercedes team chief Toto Wolff said he feared for the implications of the crash in Sunday's shake-up.

"The car took a bit of a beating," said Woolf.

"We're assessing the damage at the moment and hope that we don't have to change any parts that would result in a grid penalty."

Hamilton had earlier admitted he thought third place on the grid was possible before Bottas's accident.

"The last sector went to pot (when it was controlled by double yellow flags) so that was it," said the five-time champion.

"Generally, I was quite happy with today. I knew it would be difficult, but I have a fighting position and I am going to give it everything."

Next Hamilton wins Mexican Grand Prix but must wait for
Read 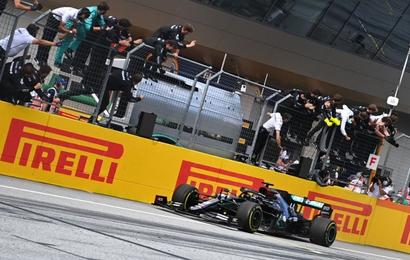 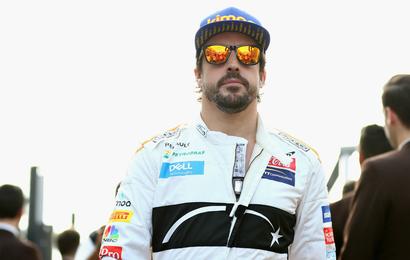