Lewis Hamilton benefited from a late strategic gamble by Mercedes as he pipped Max Verstappen to glory at the Hungarian Grand Prix on Sunday.

Verstappen looked set to record consecutive race wins for the first time in his career after claiming his maiden pole position in Budapest, but Hamilton's switch to a two-stop race denied him.

After failing to make an overtake attempt stick on lap 39, the reigning champion returned to the medium compound for his final stint and it paid off.

Hamilton finally got past Verstappen, who had complained his hard-compound tyres were "dead", at turn one with four laps remaining to snatch an eighth win of the season in a thrilling finale, while Sebastian Vettel beat Ferrari team-mate Charles Leclerc to third.

Next Hamilton not contemplating quitting Formula One
Read 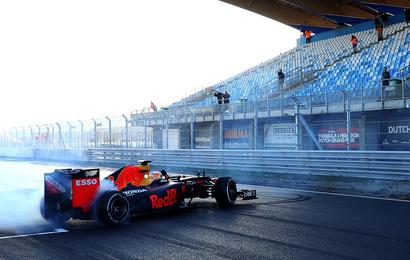