Manchester City is just ninety minutes away from a third straight appearance in the League Cup Final, following a comprehensive 3-1 victory over cross-town rivals Manchester United.

City came flying out of the traps in the first-leg at Old Trafford, carving United apart with three goals in the first half. Realistically, the reigning League Cup winners should have had even more, before letting their foot off the gas in the second half. Now, with the Premier League out of sight, Pep Guardiola will be imploring to his side to get the job done on Wednesday and focus on the Champions League and FA Cup.

Recent form coming into the contest has been impressive, with a second-string side brushing aside Fulham in the FA Cup 4-0, along with a gritty 1-0 win away to Sheffield United. The second leg against United kicks-off a potentially season-defining stretch of games for City, which include trips to Tottenham, Leicester City and a visit to Real Madrid round of sixteen.

Guardiola is likely to switch up his side that won against Fulham at the weekend. Raheem Sterling and Kyle Walker are set to return to the starting lineup, whilst Benjamin Mendy should slot in at left-back. After picking up injuries at the weekend Joao Cancelo and  Riyad Mahrez will face late fitness tests and may have to settle for a place on the bench. Fresh from scoring a brace, Gabriel Jesus should regain his place in the team. 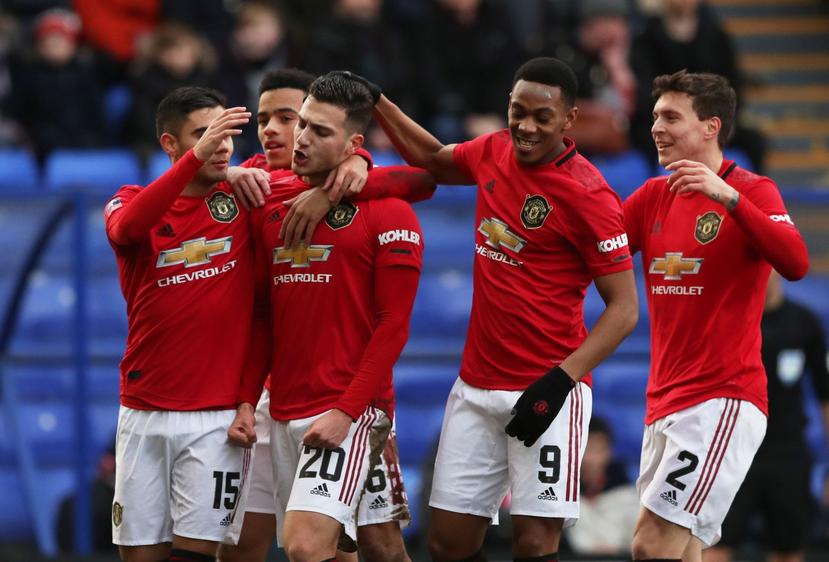 A 6-0 thumping of Tranmere in the FA Cup aside, United head into the contest on Wednesday fearful of yet another humbling against Manchester City. There was audible discontent from the travelling United fans, who were aiming their ire at Ed Woodward and the Glazer family who run the club.

For now at least, United have not made a move in the January transfer window which will be more puzzling for fans considering the desperate need for a striker and creative midfielder who could salvage a drab campaign under Ole Gunnar Solskjær. Reported pursuals of Bruno Fernandes and Edinson Cavani have now fallen flat, and it’s going to be a huge ask for the United hierarchy to find a big name before the window closes at the end of the month.

Marcus Rashford’s goal twenty minutes from time does give United a brief glimmer of hope. However, with the England striker sidelined at least until April with a back injury Solskjær will turn to Antony Martial to lead the line. In team news, Paul Pogba and Rashford remain the headline absentees from the side. Martial will start after being subbed at the weekend and should be joined by Daniel James and Mason Greenwood in a front three.

Manchester City and Manchester United face off for a place in the League Cup Final.  Follow all the action with beIN SPORTS.