Holder gave another demonstration of why he is one of the best all-rounders in the world, starring with bat and ball in the Eliminator at Zayed Cricket Stadium.

RCB, who have never won the tournament, had hope when Sunrisers were reduced to 67-4 in the 12th over of a do-or-die showdown in Abu Dhabi on Friday, Mohammed Siraj (2-28) striking twice.

The vastly experienced Williamson (50 not out from 44 balls) and Holder (24no off 20) got David Warner's side home, though, combining for a fifth-wicket stand of 65.

Sunrisers needed nine to win off the final over from Navdeep Saini and after Williamson, who was dropped on 37, took a single, Holder struck back-to-back boundaries to seal victory with two deliveries to spare.

Sunrisers, the 2016 champions, had to win three games in a row to reach the play-offs.

If they beat Delhi Capitals on Sunday, they will face Mumbai Indians in the final.

Kohli promoted himself to open, a day after his 32nd birthday, but the India skipper was unable to come to the party, edging Holder behind for only six.

RCB were 15-2 when the excellent Holder got rid of Devdutt Padikkal, and although the experienced pair of Finch and De Villiers steadied the ship, boundaries were proving hard to come by.

De Villiers brought up his 38th IPL half-century from 39 balls, while Finch struck Rashid Khan - who was wicketless but ran out Moeen Ali with a brilliant direct hit - for the only six of the innings as the Sunrisers bowlers kept the squeeze on.

With Warner gone for a run-a-ball 17 and Manish Pandey dismissed for a brisk 24 by the superb Adam Zampa (1-12), the win-or-bust showdown was in the balance.

Priyam Garg followed cheaply, but Williamson and Holder were unflappable as they kept calm heads to pace the run chase just about perfectly in tough scoring conditions.

Williamson slog-swept Yuzvendra Chahal for six and although he could have been taken by Padikkal at deep square leg, that was only a minor blip for the New Zealand captain.

Both Williamson and Holder were out of the Sunrisers side early in the tournament, but both were still in the middle to send Kohli's RCB packing in a tense final over.

Next Dhawan, Stoinis & Rabada see Capitals into first I
Read 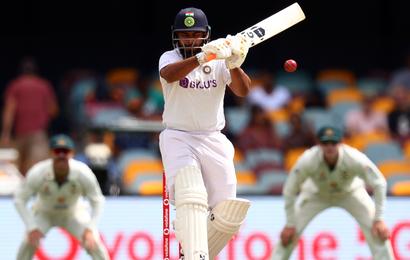 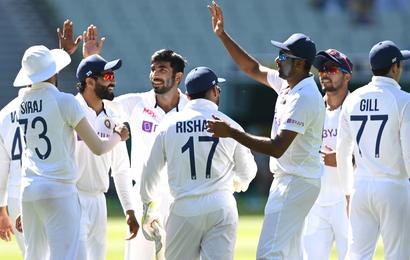 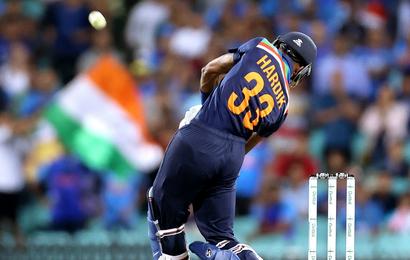