You can watch Colombia Vs Qatar via beIN CONNECT

Qatar will be looking to build on their encouraging 2-2 draw with Paraguay in their Copa America debut but will face a stern test against a Colombia side who can seal their place in the quarter-finals with a victory over the Asian Champions. As ever, you will be able to watch all the action via beIN CONNECT.

Colombia will be in good spirits following an impressive 2-0 opening game victory against Argentina. Carlos Queiroz's side put in a composed performance as second-half goals from substitutes Roger Martinez and Duvan Zapata downed La Albaceleste.

In team news, Luis Murial will be a doubt after coming off against Argentina after just 14 minutes. Roger Martinez is expected to come in for the striker. Elsewhere, Queiroz will have a decision to make over Falcao. The Los Cafeteros captain looked out of sorts in the group B opener, which could leave the door open for Duvan Zapata. Otherwise, it is expected that Queiroz will keep faith in the side that did so well against Argentina. 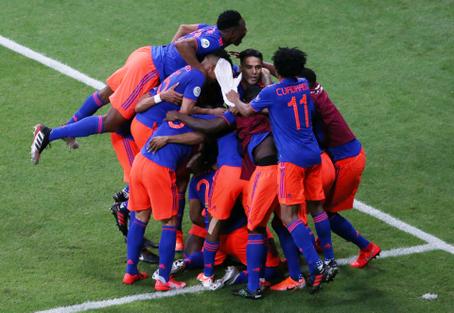 As for Qatar, they certainly showed their fighting qualities in a battling 2-2 draw against Paraguay in their first ever Copa America game. The Asian champions were dealt an early blow when Oscar Cardozo scored from the penalty spot after just four minutes and was pegged back again in the second half as a wonder strike from Derlis González.

Yet the Maroons kept their composure, and goals from Almoez Ali and a late own goal from Juan Rojas ensured that Felix Sanchez’s side came away with a creditable result in their opening Copa America game.

In team news, Sanchez is likely to keep faith in the side that played so well in their opening game. It’s likely to be a 5-3-2 formation, with an emphasis on the full-backs pushing forward and creating chances for the side. Almoez Ali is the form player for Qatar and will be looking to build on his recent goalscoring record of eight goals from the last nine games for the Maroons.

It promises to be a fascinating encounter, as Qatar continues their Copa America adventure against Colombia.  You can follow all the action via beIN CONNECT.