RB Leipzig missed the chance to move second in the Bundesliga and take a big step towards Champions League qualification as they were held to a 2-2 draw at home to Hertha Berlin.

Julian Nagelsmann's side trailed to Marko Grujic's early strike, although goals from Lukas Klostermann and Patrik Schick – the latter aided by an awful Rune Jarstein error – looked to have clinched a hard-fought victory.

However, Leipzig had seen Marcel Halstenberg sent off prior to Schick's strike, and Hertha substitute Krzysztof Piatek converted a late penalty to earn a share of the spoils.

The visitors remain unbeaten under new coach Bruno Labbadia, with their relegation fears behind them, but third-placed Leipzig have work to do to secure a return to the Champions League, where they have reached the quarter-finals this term.

Just four points separate Dortmund in second and Leverkusen in fifth after a tough weekend for the European chasers, with leaders Bayern Munich comfortably seven points clear at the top.

Hertha were good value for their point and a lively start produced the opener after just nine minutes as Grujic met Marvin Plattenhardt's left-wing corner full on the volley eight yards from goal, beating the helpless Peter Gulacsi.

A set-piece at the other end saw Leipzig level 15 minutes later, though, with Klostermann darting towards Christopher Nkunku's near-post delivery and nodding across Jarstein into the bottom-left corner.

Captain Vedad Ibisevic could have restored Hertha's lead but blazed over the crossbar when a move down the right cut Leipzig open late in the first half.

Goalmouth action was scarce following the restart, and Leipzig's hopes of victory looked to have been dealt a sizeable blow as Halstenberg earned a second booking for a foul on former team-mate Matheus Cunha.

But Jarstein failed to gather Schick's powerful drive and the ball squirmed over the line, seemingly taking the match away from Hertha.

Ademola Lookman felled Cunha inside the area, however, and Piatek kept his cool from 12 yards to pick out the bottom-left corner and set up a frantic finish in which Labbadia's side could not force a winner.

Leipzig are level! Defender Lukas Klostermann heads in from a corner, that's his third goal of the season!

Goal! Marko Grujić scores his fourth goal of the season, and Hertha have an early lead!

Big fan of that Leipzig Warm up kit! Minutes away from Kick-Off now!

Warming up under the evening sun 🏃‍♂️☀️

No change for Hertha! Could they spring an upset tonight?

Team news is in!  No Poulsen for RB Leipzig, he's been ruled out for the remainder of the season!

TEAM NEWS: Timo Werner leads the line for RB Leipzig this evening alongside Roma loanee Patrik Schick. Hertha Berlin’s Matheus Cunha starts against his former side for the first time since leaving in January.

Hertha are making moves to the stadium. Facemasks at the ready!

Leipzig are arriving in style...

The convoy's rolling out 💪

Fresh from a big win in the Berlin derby, Hertha will be looking for the scalp of Leipzig tonight...

Tonight is all about Timo Werner. Liverpool has been monitoring his progress closely, and he grabbed a hat-trick last time out. I won't be surprised if he finds the back of the net against Hertha!

Good evening! Welcome to the live updates of RB Leipzig Vs Hertha Berlin! Fresh from thumping Mainz on Sunday, can Leipzig continue winning ways and move level on points with Dortmund in second place? Join me for all the build-up, team news and yes even some live video from the game! 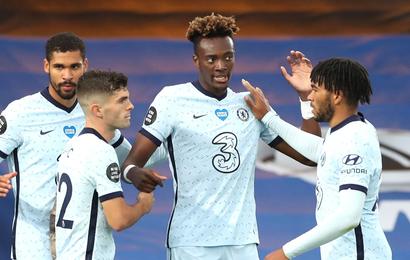 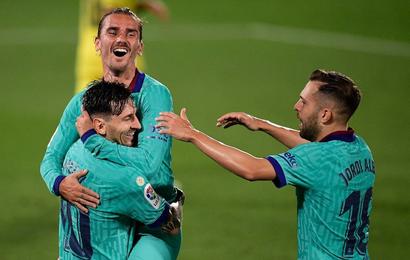