180 minutes separate Bayern Munich from the title glory, but they face a difficult opponent on Saturday. Borussia Monchengladbach are one of only two sides to have beaten Bayern under head coach Hansi Flick this season.

Bayern can actually win the title as early as this weekend. If Borussia Dortmund loses to lowly Fortuna Dusseldorf earlier on Saturday, then Flick’s side will need all three points against Gladbach to claim the title. In this scenario, a point will not hand them the league, but their superior goal difference should see them across the line at the end of the season.

Bayern is currently on a 16-game unbeaten run and are seven points clear of second-placed Borussia Dortmund with four games to go. The reigning champions have won every game, five in all, since the resumption of the Bundesliga last month.

Following Bayern’s 4-2 defeat of Bayer Leverkusen on June 6, the Bavarian giants have amassed a Bundesliga record of 90 goals from just 30 games.

In team news, Bayern will perhaps find adding to that tally rather tricky with two of their stars missing from action. Robert Lewandowski, the league’s top goalscorer with 30 goals and Thomas Muller, are both suspended for the game. It will leave the likes of Serge Gnabry, Kingsley Coman and Leon Goretzka to fill the void. 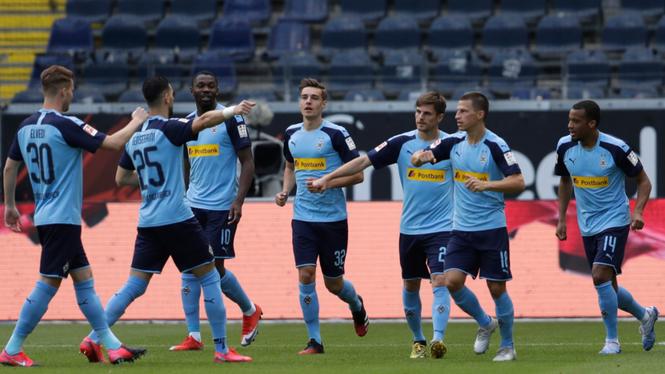 Borussia Monchengladbach are a serious threat to Bayern this Saturday. Not only did they win their previous encounter, but they have also won three of the last five meetings.

Gladbach have plenty to play for too. Marco Rose’s side holds that crucial fourth spot but are level on points with Bayer Leverkusen. Following their 1-0 defeat to Freiburg on June 5, Gladbach’s UEFA Champions League hopes are hanging by a thread, any slip up over the next four games will see them qualify for the UEFA Europa League instead.

Rose will look to the firepower of Marcus Thuram. The 22-year-old has enjoyed an impressive debut season and is the club’s joint-top goalscorer with ten goals. The Frenchman has scored four times in five games since the league’s resumption.

In team news, Gladbach will miss their other joint-top goal scorer Alassane Plea through suspension. Tobias Strodl, who is leaving Gladbach in the summer, is out with a hamstring injury while Denis Zakaria is still recovering from his knee injury.

If anyone is going to beat Bayern Munich this season, it is Borussia Monchengladbach, and there is a chance of a rare double on offer. It promises to be a fascinating encounter at the Allianz Arena. You can follow all the action from Berlin via beIN CONNECT.