Robert Lewandowski scored a double but Bayern Munich failed to get their Bundesliga campaign off to a winning start as they drew 2-2 with Hertha Berlin at Allianz Arena.

Lewandowski's 24th-minute goal put Niko Kovac's side, who are set to sign Barcelona's Philippe Coutinho on loan, ahead on Friday but Hertha turned the game on its head in the space of two minutes.

Grujic turned from Hertha's hero to villain just prior to the hour, however, when his needless foul on Lewandowski was spotted by VAR but, although Bayern's striker tucked in the resulting penalty, the hosts could not carve out a winner.

Bayern wasted little time in flexing their muscles and the champions hit the front when Lewandowski pounced on Serge Gnabry's cross.

Gnabry turned provider again two minutes later, but Corentin Tolisso was unable to beat Rune Jarstein and Bayern were swiftly made to pay for the miss.

Lukebakio tried his luck from range and was rewarded as his effort deflected off Vedad Ibisevic and beyond a flat-footed Manuel Neuer.

The turnaround was complete two minutes later – Grujic racing onto Ibisevic's through ball before coolly slotting under Neuer.

Jarstein came to Hertha's rescue again after the restart, diving in bravely at Kingsley Coman's feet before he pulled off a superb stop to deny Gnabry.

But Jarstein's good work was undone when Grujic ludicrously hauled down Lewandowski, who sent Hertha's goalkeeper the wrong way from 12 yards.

Lewandowski looked set to snatch the spoils in the final minute of stoppage time but, under pressure from a defender, failed to direct his close-range header on target as Bayern had to settle for a point. 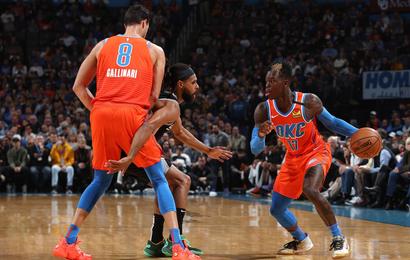