Tributes have been paid to Lute Olson after the Hall of Fame coach died aged 85.

Olson's family announced his death on Thursday. He made Arizona a huge college force, spending 24 seasons with the team and being named conference coach of the year seven times.

The Wildcats secured a national championship under Olson in 1997 and he won 780 games as a Division I coach.

Golden State Warriors head coach Steve Kerr, who played under Olson for Arizona, wrote on Twitter: "It's hard to put into words how much Lute Olson meant to me.

"He was an amazing coach & a wonderful man. Being part of the U of A basketball family changed my life forever. I will never forget Coach O, those awesome nights at McKale and all my teammates. Thank you Coach- I love you!"

A tweet from Arizona Basketball read: "Wildcat. Legend. Icon. Lute. Coach Olson - We are forever indebted to you for what you did for our program, university and community. #BearDown."

"My feelings of gratitude and appreciation cannot be put in words. I love him dearly. My heart hurts, but I know he is now in heaven. May god bless his family. #RIP."

Former Arizona and NBA player Richard Jefferson also posted a tribute on social media, writing: "It's rare that a man is a Hall of Famer and still under appreciated.

"I'll always feel like you never got the credit you deserved as a leader, family man, grandfather, coach and as a mentor. I love you Coach O."

Next Curry talks Klay injury: The end for us? We're rea
Read 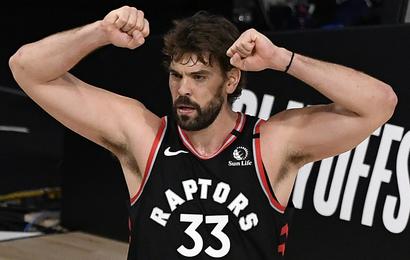 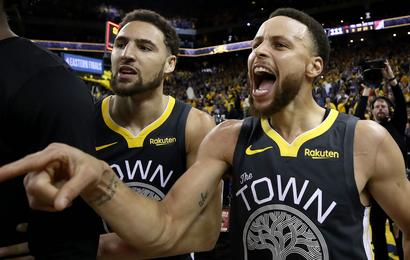 Raptors to start season in Tampa

Warriors use second pick on Wiseman