Qatar booked their place in the semi-finals of the Gulf Cup on Monday evening following a 4-2 win over the UAE. In an emotional contest at the Khalifia stadium, it was the home side who prevailed with a brace from Akram Afif in the first half, and goals in the second from Hassan Al-Haydos and Boualem Khoukhi saw Al Annabi score four goals past their Gulf rivals for the second time this year.

You have to feel for the UAE after the result. Whites boss Bert van Marwijk has been handed the task of building a team to qualify for the 2022 World Cup and has to look to young players to replenish the squad. The Dutch coach gave the 21-year old duo of Khalifa Al Hammadi and Abdullah Ramadan starts in central defence and midfield respectively, a move that didn’t work out for the UAE. Ramadan was guilty of conceding possession for the third goal, whilst Al Hammadi failed to handle the attacking threat posed by Almoez Ali.

van Marwijk is gambling on the talented youngsters to come good for the Whites during the qualification rounds for 2022, however, for now, the pair looked a little out of their depth. Especially considering they are playing a Qatar side that has played together for the last ten years from the Aspire Zone and through the international age ranks. Still, the loss to Qatar could prove to be a vital lesson for the UAE ahead of crunch qualification games in 2020.

Afif back to his best

Just hours before kick-off at Khalifa Stadium, Akram Afif was announced as the 2019 AFC Player of the year. Of course, Afif was well aware of himself winning the award, something that team officials mentioned had to be “well managed” between the staff and the player. For all his undoubted talent, Afif has been known to sulk at times and it was crucial that staff carefully broke the news to the player and squad ahead of the do or die clash against the UAE.

Afif did have a minor fall out with coach Felix Sanchez prior to the qualifier against India in October, which resulted in the Al Sadd attacker being dropped for the game. To his credit, Afif showed composure beyond his years against the UAE firstly by scoring the opener and then by firing the maroons into a 2-0 lead just eight minutes later.

It was not only in front of goal that Afif impressed. Plenty of intelligent movement and link-up play with Almoez Ali underlined his qualities and further proved the point that Afif was more than deserving of being named Asia’s best player. Providing he can keep his cool against Saudi Arabia, Afif could be firing Qatar to a second consecutive trophy in 2019.

UAE side needs to be built around Mabkhout

UAE leading goal scorer Ali Mabkhout added to his tally on Monday evening, with two well-taken goals. The Al Jazira hit-man scored either side of half-time, including a thumping second-half strike that squirmed under  Saad Al Sheeb to make the score 3-2 that had some Qatari fans worried about a 3-3 draw.

The Whites only managed four shots on target, with Mabkhout scoring from two of them. It was a classy performance from the striker, who took his tally to five Gulf Cup goals following a hat-trick in the opening game against Yemen.

As Bert van Marwijk looks to craft a new look golden generation, the team has to be built around Mabkhout if the Whites are to reach the World Cup for only the second time in their history. 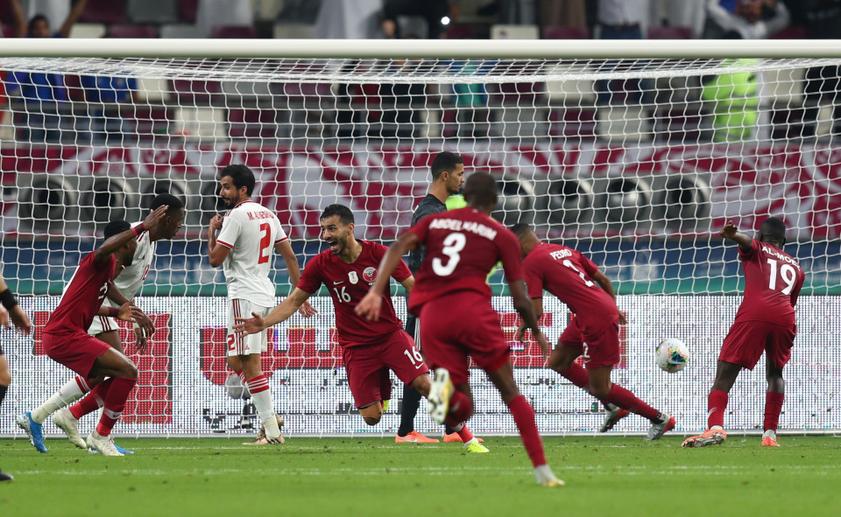 Saudi will prove to be a stern test for Al Annabi

After overcoming the UAE a crunch semi-final against Saudi Arabia awaits at Al Janoub stadium. A crowd of 44,000 eventually crammed into Khalifa stadium and delivered a ferocious backing for the maroons.

Thursday’s game in Al Wakrah will be a much sterner test for Sanchez’s side. Saudi Arabia is much more technically proficient than the UAE and has a squad full of players from the Al Hilal side that has just won the AFC Champions League. In Hervé Renard, Saudi Arabia has a tactically astute coach who has won two African Cup Of Nations titles and will be no pushover.

The Green Falcon’s have plenty of pace on the wings in the form of Hattan Bahebri and Salem Al-Dawsari who could punish Musab Kheder and Abdulkarim Hassan who enjoy surging forward from wing-back.  Proving Qatar can keep their composure, and ride the wave of confidence from the UAE result, they could have enough to overcome Saudi Arabia and reach the final, providing the home fans arrive on time. 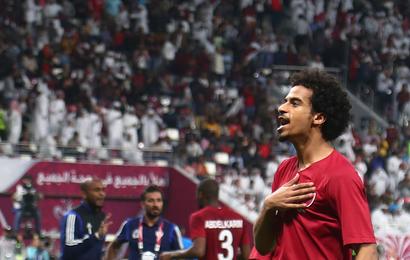