Alex Leduc is the host of USXtra, watch him every week covering all the biggest news from the world of American Sports. You can catch Alex & USXtra via beIN CONNECT.

Although neither Tom Brady nor Bill Belichick has said they’d retire after this season, it would be fitting if either did after a win in Super Bowl LIII. Why? Two words: full circle.

Seventeen years to the day before their upcoming meeting with the Rams, the duo announced themselves to the world by upsetting that same franchise, Kurt Warner’s “Greatest Show on Turf” St. Louis Rams, in Super Bowl XXXVI in February 2002. Belichick showed his tactical prowess, especially on defense, while Brady showed his meddle under pressure.  The 2nd year quarterback was 24, the same age as current Rams stars Jared Goff and Todd Gurley. Now 41, Brady is heading to his 9th Super Bowl in 18 seasons, seeking his 6th title ring, which would break an NFL record.

A few months ago, most thought that scenario was a bridge too far. Brady wasn’t getting younger, and the cast of characters around him wasn’t what it used to be. The biggest name in an increasingly average entourage being tight end Rob Gronkowski, who nearly retired after last year’s Super Bowl loss to the Eagles, and has been dogged by back and ankle problems.

But with Brady healthy and Belichick scheming, there was always going to be enough to get into the playoffs, especially considering that the Patriots play in the league’s weakest division. But that’s where the wheels were supposed to fall off. Facing the AFC’s best away team, the rampant Los Angeles Chargers at Foxborough in the divisional playoff, New England was set to face reality. We all should have known better. 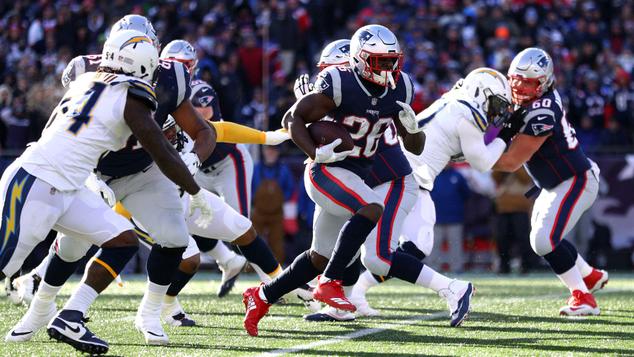 Two games later, no one is questioning the importance of intelligence and experience in the NFL. No one is questioning Belichick and Brady either. After turning on Playoff God Mode and making the Chargers and their future hall of fame quarterback Philip Rivers look like amateurs, New England travelled to one of the most intimidating stadiums in the NFL, to face the league’s best offence and it’s likely MVP, Patrick Mahomes. The AFC title game against Kansas City at Arrowhead was a tight contest, one which would have gone to the Chiefs if linebacker Dee Ford hadn’t lined up offside with a minute left, quite shockingly negating what would have been a game-ending interception. But he did, and it allowed the Patriots to take the lead. Mahomes, with some heroics of his own, set up a game-tying field goal to send the game to overtime. But the toss gave Brady the ball in the extra frame. Lights out.

In New England’s third straight Super Bowl appearance, running back Sony Michel could easily be named as the player to watch. The rookie leads the league in rushing yards and touchdowns this postseason and was a big reason for the Patriots’ win over Kansas City in the AFC title game. Wide receiver Julian Edelman is another candidate, leading the NFL in postseason receiving yards. But Michel finds room to run, and Edelman receives perfect passes, because of the genius and ruthlessness of Belichick and Brady. Those two make average teams great, and average players look like stars.

If the Patriots are allowed to do what they do on offence, and they can do enough to neutralize the Rams’ high-flying offence, or the youthful Rams simply cave under the big time pressure, there’s no reason why history won’t repeat itself once more. And Brady, who has said he wants to play until he’s 45, will be more than welcome to.