With both sides just missing out on the final, both Tunisia and Nigeria will have to lift themselves for the third/fourth playoff. You can follow all the action from the Al-Salam Stadium via beIN CONNECT.

Tunisia’s extra-time 1-0 defeat to Senegal was disappointing on so many levels. Not only had the Eagles of Carthage missed a spot-kick and saved a Senegal penalty in regular time, but the nature of the goal would be a source of frustration to fans of the North African nation. Mouez Hassen flapped at a Sadio Mane cross which bounced off Dylan Bronn.

After the disappointment of defeat, Alain Giresse will have to rouse his side for a second game in four days. Midfielder Ferjani Sassi will be looking to make up for his missed penalty in the semi-final, and the Zamalek man has had plenty of support whilst at the tournament. Sassi is likely to start and could have a crucial role in containing the Nigerian midfield. 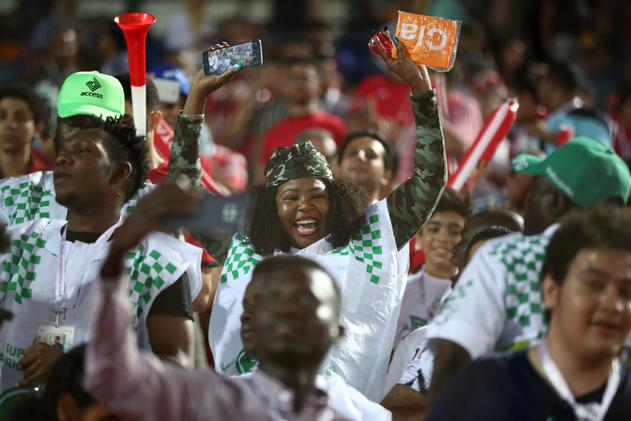 As for Nigeria, they were just seconds away from taking Algeria to extra-time, before Riyad Mahrez hammered home a 20-yard free-kick to seal Les Vert's place in the final. It could have been so much easier for Nigeria as  Odion Ighalo’s late penalty had most Eagles Fans certain of extra-time. However, a sloppy tackle allowed for an Algerian free-kick in range for the Manchester City star.

Despite the gutting nature of the defeat, Gernot Rohr will perhaps be more frustrated by the way that his side conceded so much possession to the Algerians in the final moments of the contest. This could prove to be apt motivation for the West African nation, who will be looking to make up for their feeble showing in the semi-final.

Rohr will know full well that it’s going to be a challenge to break down the backline of Tunisia and will use the pace at his disposal. This could mean that fringe star Henry Onyekuru could start, the Everton striker is an exciting prospect at the age of 22 and has plenty of speed, which could aid the super Eagles to the bronze medal.

It promises to be a fascinating encounter as Tunisia and Nigeria battle it out for a third-place finish. Follow all the action with beIN SPORTS.