So we’ve come to this after a month of African Cup of Nations action, Senegal and Algeria will face off at the Cairo International Stadium on Friday evening. The game represents so much for both sides, who will be making history with a victory. For Senegal, this would be a first ever victory in the tournament, whilst a win for Les Verts would a first in 29 years after lifting the trophy on home soil back in 1990.

Aliou Cissé has guided the Lions of Teranga to a first-ever finals appearance, with a brand of defensive football that has worked over the tournament. That was embodied in the tetchy extra-time victory in the semi-final against Tunisia. Senegal held their nerve and reached the final thanks to an own goal from Tunisian defender Dylan Bronn.

Having already faced and lost 1-0 to Algeria in the group phase, Cissé will look to learn from the mistakes made and look to exploit any weakness shown by Les Verts. Defensive stability has been crucial for Senegal and defenders Cheikhou Kouyaté and Kalidou Koulibaly will have to be at their very best to keep out the physical presence of Bagdad Boundjah.

Idrissa Gueye has been a mainstay in the team and his technical ability to keep the ball and surging runs could be crucial if the Lions of Teranga are to capture a maiden continental crown.  The hard work of the Everton midfielder was evident in the quarter-final win over Benin, scoring the winning goal with a composed finish in the second half. More of the same from the 29-year old and his name could go down in Senegal football folklore. 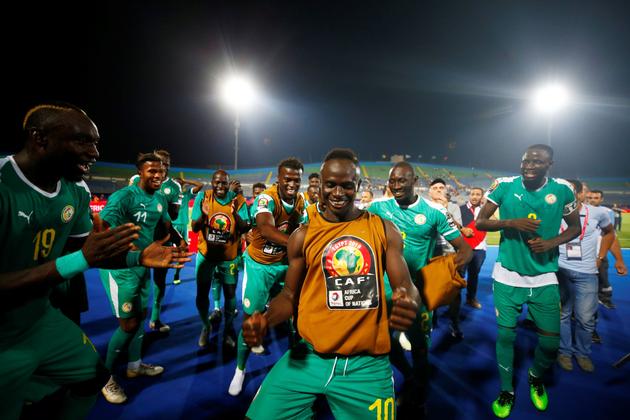 As for Algeria, history beckons for Les Verts following their dramatic semi-final victory over Nigeria. Riyad Mahrez stepped up with 95 minutes on the clock to score a spectacular free-kick, and assure a first visit to the final since 1990.

It’s been an assured run to the final for Djamel Belmadi’s side, who was considered one of the outsiders for the crown at the start of the tournament. However, inspired by Mahrez Algeria have grown into the competition and now could be realistically considered favourites for the title on Friday evening. Central to Algeria’s rise has been their tactical flexibility and depth of quality in their squad in attacking positions.

The ability to adapt to a more defensive outlook against the stronger sides has been a hallmark of Algeria at the tournament. Belmadi will certainly be looking to the group stage win over Senegal as the blueprint for Friday’s final. Having forgone possession and chances, Algeria struck early in the second half through Mohamed Belaïli, before holding out for the victory.

Sofiane Feghouli perhaps doesn’t have the star power of Riyad Mahrez, yet the midfielder has been vital to Algeria’s run in Egypt. The forward-thinking Galatasaray man came to life in the second half against Nigeria, pushing his side on in search of the winner. Feghouli broke forward regularly, linking well with Bagdad Boundjah in attack and regularly found space between the lines. Another influential performance from the 29-year-old could end a 29-year wait for the Cup of Nations for Algeria.

It certainly promises to be a fascinating encounter as Senegal and Algeria face off in the African Cup of Nations Final. As ever, you will be able to follow all the action Live & Exclusive on MAX HD 1 and beIN CONNECT.